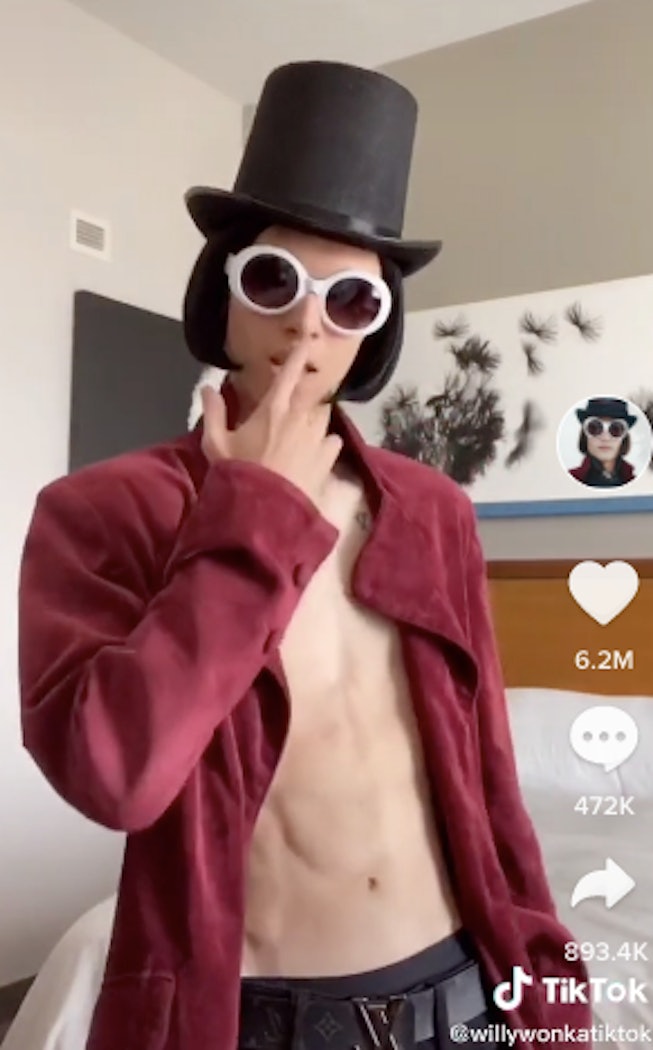 As it turns out, his Gen Z audience can't get enough of the Wonka impersonator, and many of them are crushing hard. The creator recently revealed himself to be 19-year-old Duke Depp, and decided to indulge his fans' thirst. Cue a deluge of more grinding, lip biting that would put Lin-Manuel Miranda to shame, and a twerking duet with Tiger King's Carole Baskin to "Come Get Her" by Rae Sremmurd. It's snowballed into a meme in its own right, and once you get past how truly bizarre the whole thing is, the fanfare is pretty funny. "I Wanna Love You" will never be listened to the same way again.

NEXT UP
Entertainment
Meet Andreas Metaxa, The Man Behind The Miami Jet-Setting Memes Of Supersnake
Fashion
Meet The Depop Seller Making Belts Out of Tiny Bonne Maman Jars
Entertainment
Chloe's "Pray It Away" & 9 Other New Songs Out This Week
Entertainment
19 Niche Music Festivals For Every Type Of Person
Style + Culture, delivered straight to your inbox.