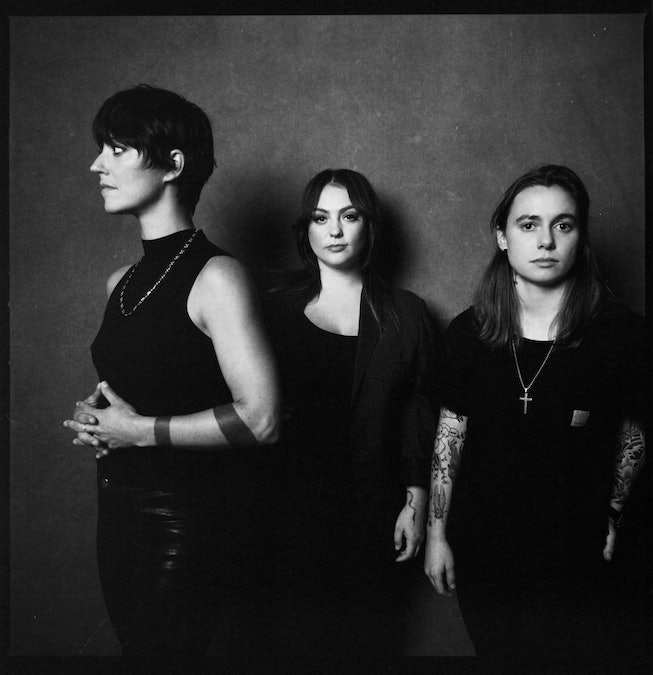 Three of indie rock’s biggest stars — and voices — are hitting the road together in 2022. After teasing fans with cryptic messages about a potential collaboration, Sharon Van Etten, Angel Olsen, and Julien Baker have announced The Wild Hearts Tour, a joint 20-date excursion that will take the three rockers to cities across North America throughout July and August.

While only Sharon Van Etten and Angel Olsen have previously collaborated on music, all three singer-songwriters have apparently been huge fans of each other for years, which is great news for all of us who will be sobbing during each of their sets.

In 2021, Van Etten and Olsen released the huge-sounding knock-out single “Like I Used To,” a powerful, nostalgia-inducing anthem about falling back into old routines — and a preview of the star-power that we’ll likely be bearing witness to this summer. Baker also had a huge year in 2021 with the release of her sophomore record Little Oblivions, which once again cemented her ability to write crushing and realistic songs about addiction and recovery.

In a press statement, Olsen writes: “I’m so thrilled to be traveling and playing music alongside Spencer., Julien Baker and Sharon Van Etten [...] I know for fans it’s something different and special too, and for me, it’s sort of like a caravan summer camp-a chance to get to know other artists in a deeper way and talk about music and life and how it affects us all as we move forward. Most of all, I am excited to sing live again, in an open and real way, both alone and together with my tour-mates."

Baker adds: "Sharon and Angel are artists that I have genuinely admired for many years and whose music has honestly informed much of my own writing and music making, and I’m thrilled to be sharing a stage with them every night. I think after interacting with their recorded work separately so much, it will be special to get to learn from them as we share the space of performance."

“Our aim is to strengthen our respective communities and promote camaraderie in the music world in a safe and enjoyable environment,” Etten said. “We have carefully chosen the venues we think will deliver the best experience for us and our fans.”

There’s a strong chance we’ll be blessed with an inevitable banger from all three artists sometime in 2022. While we wait for that, read on for everything you need to know about attending The Wild Hearts Tour including the full list of cities and dates, who’s opening, and how to buy tickets.

Where will The Wild Hearts Tour play?

The Wild Hearts Tour kicks off July 21, 2022 in Vienna, Virginia, and will wind its way across North America throughout the month and August.

The tour will largely play at outdoor venues, save for Nashville’s Ryman Auditiorium and Toronto’s Massey Hall. All three artists will also play with their own respective band. See the full list of cities and dates for the tour, below.

Who will open on The Wild Hearts Tour?

Spencer. (period included) will open nearly all the dates on The Wild Hearts Tour except for the shows at Ryman Auditorium in Nashville and Massey Hall in Toronto.

A New York-based musician, singer, producer, and multi-instrumentalist, Spencer. has been releasing music online since 2018 and broke out with his Want U Back EP which was released the same year.

His songs, largely written and recorded in his Bed-Stuy apartment, draw influences from hip-hop, jazz, neo-soul, and pop, and have found fans in artists like Clairo, Claud, Cautious Clay and more. He released his debut album, Are U Down?, in 2021 via 4AD.

How to buy The Wild Hearts Tour tickets

Tickets for The Wild Hearts Tour go on sale to the general public on Friday, January 14, 2022 at 10 a.m. local time. A dollar from every ticket purchased will go towards PLUS1, a non-profit that will use the funds “to support people rebuilding their lives after incarceration,” per a press release.