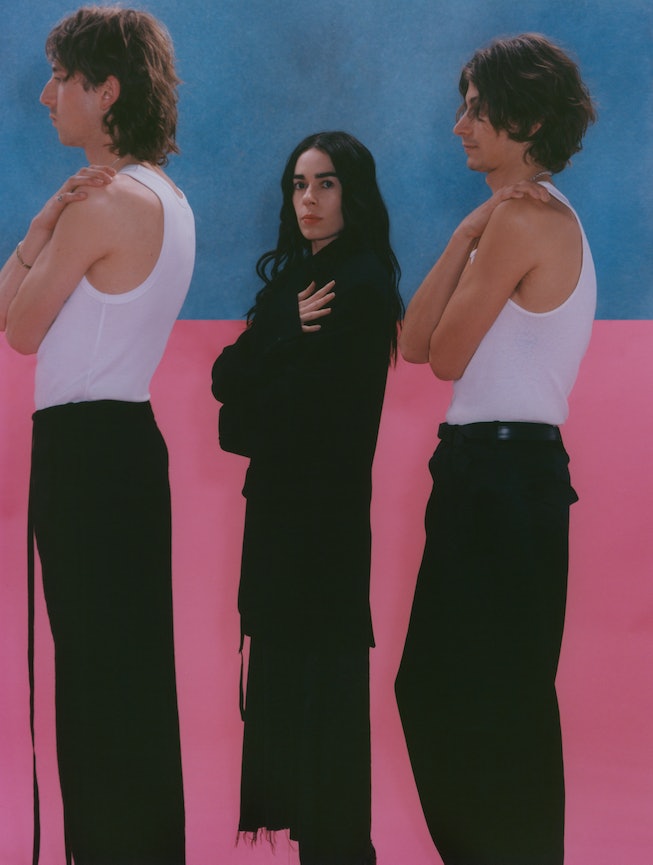 In Sinead O’Brien’s “There Are Good Times Coming,” the future sounds like both a promise and a threat.

Of course, there’s much in the Irish poet and songwriter’s own future to look forward to. “There Are Good Times Coming,” is the third single to be taken from her upcoming debut album Time Bend and Break the Bower, an 11-song record produced by Dan Carey, who’s worked with Wet Leg, Black Midi, and Foals. She was also tapped by Gucci to perform at a recent private party in Shoreditch, England.

“For love or for money, there are good times coming,” O’Brien sings in a drawl on the track that allows her Irish accent to take center stage, emitting a sound that sounds like both a spell and a song. She’s backed by glitchy driving guitar and drums by Julian Hanson and Oscar Robertson that convey an urgency: Things are bad right now, but O’Brien believes they will be okay, eventually.

But as equally compelling as the music are the video’s visuals. Director Chloé le Drezen is a master of color theory with her mosaic palette of crimson, sapphire and marigold that, combined with a laser light show and funhouse-like mirrors, makes you feel like you’ve accidentally stepped into another universe.

The world of the video is nightmarish and dreamlike at once, but always tasteful and stylish, like a Berlin basement club fill of the scarily good-looking people wearing vintage Alaïa (which is, in fact, worn in the video.) O’Brien, who formerly worked on design teams for John Galliano and Vivienne Westwood, dances in a floor-length white gown and later in a Matrix-style long, black leather coat and black sunglasses to welcome you to a future that’s hopeful, but unknown.

“‘There Are Good Times Coming’ is not a dream, it’s a restless night,” O’Brien says of the song. “It’s a hyper real, close-up look at the surroundings of this place, and a glance to the horizon. Mundane observations weave in and around concepts of rituals, manifestations, intentions. A mantra anchors me as I spin and fall in an alternate space.”

Time Bend and Break the Bower is out on Chess Club Records on June 10. Watch “There Are Good Times Coming” below.