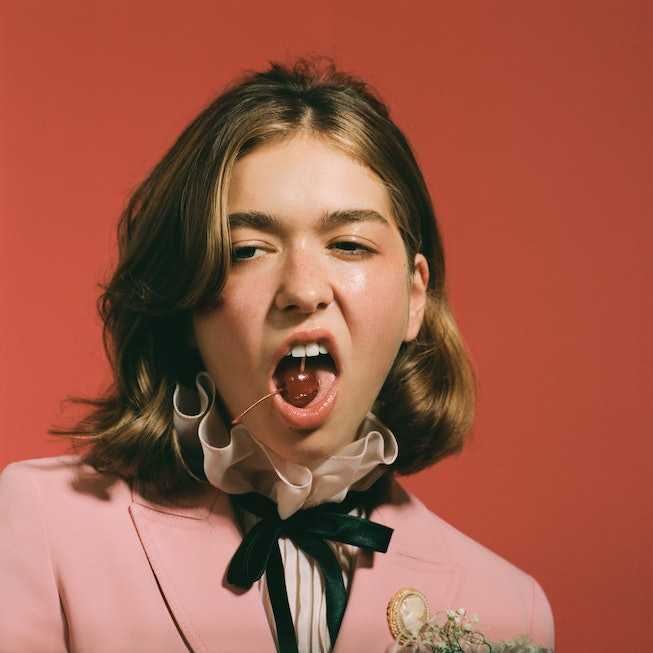 Update: Snail Mail’s upcoming Valentine world tour has been rescheduled. See below for more information and the new show dates.

Titled Valentine, the 22-year-old singer-songwriter’s long-awaited sophomore record won’t be arriving in February 2022, but instead this fall — which should give you a hint for the tone of its songs. Alas, Snail Mail, real name Lindsey Jordan, is back to break our hearts once again, and she’s kicking it all off with the album’s first single and title track “Valentine,” out now with its cinematic, Victorian-themed music video; watch it below.

“I wanted to take as much time as possible with this record to make sure I was happy with every detail before unleashing it unto y’all,” Jordan said in a press statement. “Referring to the process as the deepest level of catharsis and therapy I have ever experienced would be a huge understatement. Valentine is my child!”

Jordan skyrocketed to indie-rock stardom back in 2018 with the release of her intimate and explosive debut album Lush. The record, which she wrote at 17 and released shortly after graduating high school, became an instant cult classic thanks to her honest songwriting and raw and emotional singing voice. The album was also released during an indie-rock renaissance of sorts, led by a wave of new women singer-songwriters including Soccer Mommy, Phoebe Bridgers, Julien Baker, and more.

Read on for everything we know about Snail Mail’s Valentine so far, including the full track list, album themes, and how to buy tickets to her upcoming world tour.

Snail Mail’s Valentine is out November 5, 2021 via Matador.

Valentine is jointly-produced by Jordan and musician Brad Cook, who’s worked with Bon Iver and Waxahatchee. The album spans 10 songs, and was written by Jordan alone between 2019 and 2020, and was largely recorded in Durham, North Carolina at the beginning of 2021. See the album’s full track list below.

Valentine’s first single is out now

Valentine’s title track is out now as the world’s first taste of Jordan’s new album. A cresting rock song that explodes with guitars and Jordan’s distinct and shouty rasp on its chorus, “Valentine” is not a romantic proposal, and is instead a seething, heartbroken plea. “So why’d you wanna erase me?/ Darling, valentine/ You’ll always know where to find me/ When you change your mind,” she belts. Lovesickness drenches the song to its very last line: “Blame me if you need to/ But I adore you.”

Jordan also shared its Josh Coll-directed music video, a dramatic, Victorian-themed affair that almost feels like it could’ve been distantly inspired by the 2018 movie The Favourite. In it, Jordan is a chamber attendant to a very important woman, whom she’s clearly having some sort of illicit affair with. Later, at a raucous dinner party, she sees her secret lover kissing a man and, well, a very bloody and Tarantino-esque ending ensues. Watch below.

How to buy tickets to the Valentine Tour

Snail Mail has postponed and rescheduled her Valentine world tour due to vocal surgery, the musician announced on November 23, just days before the tour was scheduled to kick off in Richmond, Virginia.

Writing in a statement to fans, Jordan revealed that her doctor discovered “massive polyps” in her vocal chords that will “need to be operated on to prevent permanent damage to my voice.” All 2021 U.S. tour dates as well as early 2022 U.K. tour dates have been rescheduled for later in the year. However, the second 2022 U.S. leg of her tour, kicking off on April 5, 2022 in Philadelphia, will remain unchanged.

With the rescheduling, opening acts Spencer. and Hotline TNT will no longer be joining Jordan on the tour. See below for Jordan’s full statement, and for the amended tour schedule. Per a press release, all purchased tickets will be honored for the new dates.

Lindsey here - unfortunately, with terrible news this time. I’ve been struggling with my vocal health more and more each year. I lose my voice after a couple days of singing. I went to see an ENT last week and they found massive polyps in my vocal cords (surprisingly from vocal trauma due to talking!! shocker lol) that need to be operated on to prevent permanent damage to my voice. The recovery time is three months/speech therapy and in an effort to make sure the rest of the tour can happen, I will be postponing our first US tour which was supposed to begin this week as well as our initial UK/Euro tour :(. I’m devastated to be pushing off shows even longer. My team is working overtime to reschedule everything that we're postponing--we will have everything rescheduled imminently. Thank you so much for all the support you've given the new record so far.