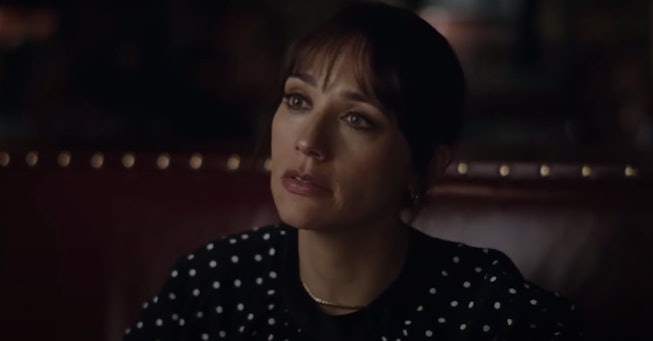 On The Rocks, Sofia Coppola's forthcoming feature, is about a different, more dysfunctional type of father-daughter bonding. Bill Murray and Rashida Jones star as a chaotic lead duo with a little adventure up their sleeves — catching Jones' husband in the act of cheating.

In the trailer, Jones admits she's in a bit of a rut. Between raising her two children and scheduling various things like a good professional, managerial class woman does, Jones starts worrying that her husband (Marlon Wayans) is sneaking around on his "business trips." It all feels very mid-life crisis as is, and it's only exacerbated by her father (Murray) who suggests they sleuth out the situation themselves. Murray grabs his red convertible (like we said, mid-life crisis) and the two zip around New York City in search of the truth. “There’s the Plaza,” Murray says with full cheater-slash-detective level assurance. “This is the place to have an affair. It has the most exits.” It looks like it's not someone's first time at the rodeo.

On The Rocks is also set in pre-pandemic NYC, which sort've makes it feel like it was filmed in a different lifetime. Adding to the vibe is the fact that Phoenix scored and assembled the soundtrack, even contributing a new track “Identical” to the end credits of the film. It's blissfully nostalgic, just the way we like it.

NEXT UP
Entertainment
Gracie Abrams & Gia Coppola On The Joy Of Free-Flowing Collaboration
fashion
How ‘Spice World’'s Costume Designer Nailed The ‘Scooby-Doo on Acid’ Look
Culture
Loewe’s Howl's Moving Castle Collection Is An Anime Dream
Culture
The Madonna Biopic Is Being Scrapped
Style + Culture, delivered straight to your inbox.