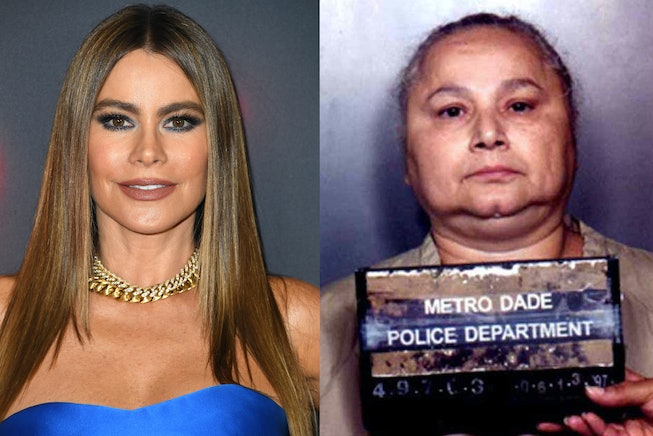 Emmy-award winning actress Sofía Vergara has a new project in the works. According to Deadline, the Modern Family actress is set to star in Netflix’s new limited series, Griselda, about notorious drug-ring leader Griselda Blanco, who helmed one of the most profitable cartels in history.

Empire writer Ingrid Escjeda is the showrunner, lead-writer, and executive producer of the six-episode series. She’ll be working with the team behind Narcos to deliver Griselda’s complex history.

Griselda’s ferocity as a business woman with the Medellín Cartel and family matriarch earned her the nickname La Madrina, or The Black Widow. Her reign lasted from the 1980s to the early 2000s, during which she was considered the richest and most dangerous woman alive. Griselda’s story has been told before — Catherine Zeta Jones played her in the 2017 film Cocaine Godmother, and Colombian actress Luces Velásquez portrayed the role in 2012 tv series Pablo Escobar, The Drug Lord — but the upcoming Netflix series is the first project to tackle her story from start to finish.

In a recent press statement Vergara said, “Griselda Blanco was a larger-than-life character whose ruthless but ingenious tactics allowed her to rule a billion dollar empire before many of the most notorious male kingpins we know so much about.” Now that the executive team has been established, the series can move into further casting and then production. “We are thrilled to have found the perfect partners in Eric, Andrés and Netflix to help us bring this story of her life to the screen,” the actress continued.

Netflix recently expressed their excitement for the upcoming series as well. Peter Friedlander, the VP of scripted programming at the streamer, said, “Eric Newman has deftly brought to life among the most dynamic characters and stories on screen today. We’re excited to continue on this creative path with him and for this collaboration with Sofia Vergara — a force in entertainment and a world-beloved talent. With an incredible team at the helm — we can’t wait for the world to see how Ingrid Escajeda, Doug Miro, and Andres Baiz take on the twists and turns of Griselda Blanco’s epic story.”

This project comes as an interesting shift for Vergara who famously played Gloria Delgado-Pritchett, on ABC’s Modern Family for 10 seasons. She was a matriarch, of sorts, on the family friendly sitcom but many are excited to see her take on a more complex role.

Netflix has yet to release a premiere date for Griselda, but it shouldn’t be long before we see Vergara star in this intricate tale.