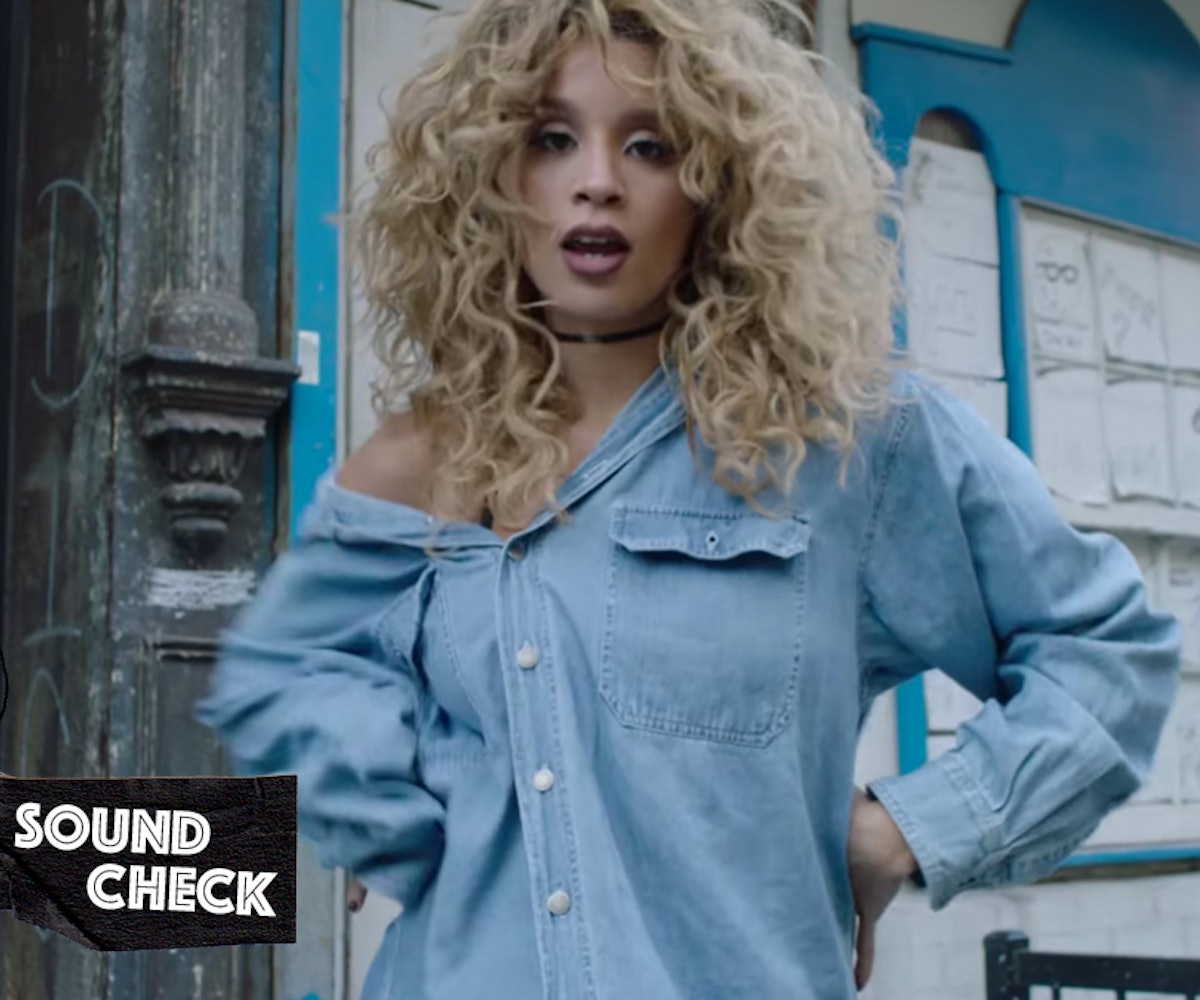 Every weekend, we’re bringing you #SOUNDCHECK—your new destination for the best of the best new music that hit the web over the course of the week. Because you should always be prepared when someone passes you that aux cord. This week’s round features 11 of our favorite emerging and established artists including Lion Babe, Icona Pop, Leaf, and so many more. Turn up, tune in, and tune out.

"We all don't need one way to look good" is a poster-worthy lyric, and it comes directly from Lion Babe's new album, Begin. The track it's from, aptly named "Got Body," takes us through singer Jillian Hervey's struggle with self-image when she was younger and ultimately to a place of acceptance with her curves. The video for the song shows her dancing around in incredible designer outfits (we see you, Vetements hoodie) looking absolutely fantastic. The song doesn't just apply if you're curvy though—it shares a message of body acceptance that's incredibly important for all women to hear, across all body types.

When Icona Pop released their smash hit "I Love It," it became clear that the positivity in their sound was unbeatable. Now they're back with "Brightside" and it reminds us why they're the reigning champs. The video features the duo dancing around an empty restaurant, slightly choreographed, but mostly just having fun to their own song. The refrain—"I will be the one to show you your bright side"—is believable when these two dance like nobody's watching, while knowing the whole world will be.

Fools Gold artist Leaf came to our attention this summer with cuts "Money" and "Nada," and she's back again to claim a spot as royalty with her newest single, "Plate." There's no mistaking what she's doing now—coming to be the best at everything she does, and you don't want to be the one to stand in her way.

Norwegian artists have been killing it lately, and Jasper Jenet is no exception. On this particular track the synthpop singer takes R&B influences into his music with ease, covering the topics of sexual and interpersonal tension and how they mingle. It's a sexy, genre-bending song, and not one you want to skip out on even if synthpop isn't your thing.

Swaggu Style House certainly lives up to their name with this video, a hyper-stylized fever dream of murals, fashion, and neon lights. Watch as the three members of the group chase around girls... with CeeLo maybe making an appearance or two as well. And there's hair whipping. Lots of hair whipping.

Our favorite silver-haired fox, Billie Eilish, is back with new single "Ocean Eyes" and taking her perfomance to the next level. Taking some cues from Sia, the dreamy track is met with an incredible ensemble of dancers, with Eilish at the very center of it all. For all the emotion she puts forth in her vocals, prepare yourself for ten times the punch in her moves.

Thanks to the likes of Childish Gambino and Bruno Mars, November has been the month for funk. Falling in line, GoldLink has provided us with a glimpse into the dance party we so desperately need in his new single, "Fall in Love," featuring Cisero. Take that free trip back to the '70s and try not to dance in your seat.

New music from Theophilus London is always welcome. On "Revenge," he presents the dreamy vibe that has long colored his music, now saturated with nods to '80s pop and contributions from Ariel Pink, for what results in what may well be known as 2016's less violent version of "Pumped Up Kicks." According to his tweets, Theo's got some things brewing and, from the sounds of it, we can't wait to hear what else he's got up his sleeve.

Following a two-year hiatus, Angel Haze is rising back to life in her new single "Resurrection." Taking an "in your face" rap style to the next level, Haze's wit and flow is stronger than ever, making 2017 the year she will conquer all.

Anything that involves illustrator Polly Nor is automatically a winner in our book. Her latest offering is an original music video for this budding British artist. It might be the best thing you watch all week.

'Tis the season for love and basketball! This young Canadian artist reminds us that at one point, it was every kid's dream to be "like Mike." Call your posse and hit the concrete ASAP.