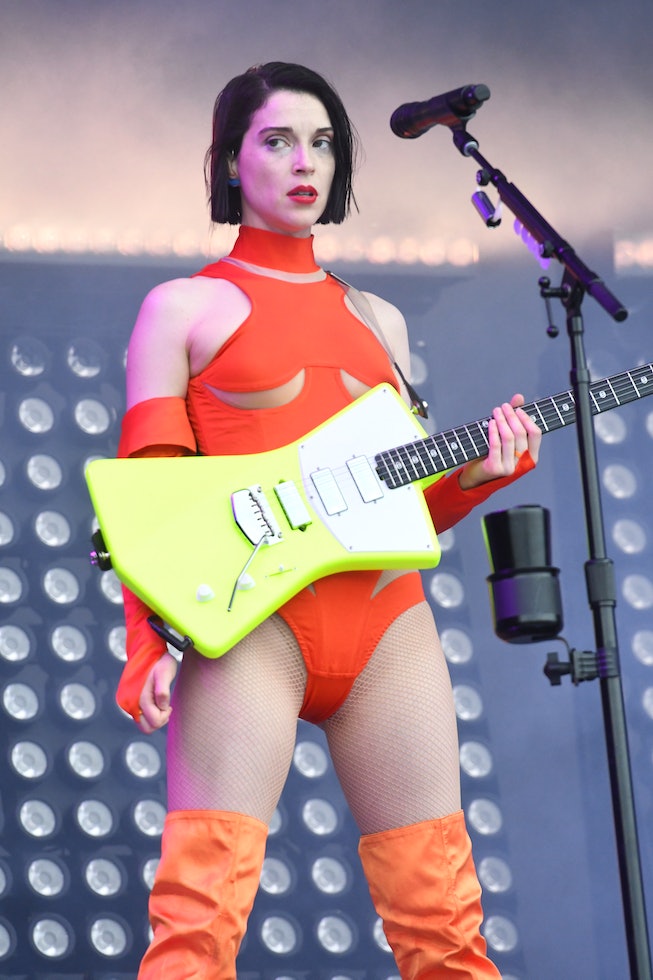 Move over Masseduction (or is it Masseducation?) and get ready for... Daddy's Home? The avant-rock artist known as St. Vincent has seemingly kickstarted the campaign for her next album, and yes, it is reportedly titled Daddy's Home. On Wednesday night, photos of mysterious street posters allegedly promoting the musician's highly anticipated new record began circulating on social media, though its initial source is unclear. In big bold font the poster asks "Who's Your Daddy?" right at the top, an image of St. Vincent — real name Annie Clark — in a sharp blond bob and blood-red suit with her arms crossed printed next to it.

"St. Vincent is back with a record of all-new songs," reads the poster's fine print. "Warm Wurlitzers and wit, glistening guitars and grit, with sleaze and style for days.

"Taking you from uptown to downtown with the artist who makes you expect the unexpected.

So sit back, light up, and by all means have that bourbon waiting, because...DADDY'S HOME."

In even finer print at the bottom, the poster states that the album will allegedly be out on May 14 via Loma Vista Records.

While her team hasn't officially confirmed or even acknowledged the details in the poster, Clark did leave her own sly comment on Twitter shortly after the poster's discovery. "Nothing to see here," she wrote.

Clark released her last full-length album, Masseduction, in 2017. Since, she's kept a low profile, aside from briefly resurfacing in September 2020 to announce her new MasterClass on creativity and songwriting, and later in December to tease her next album "'locked and loaded' for 2021."