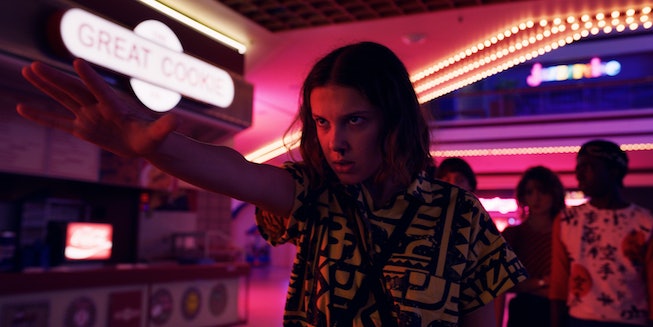 Despite a long hiatus, Stranger Things 4 is, in fact, still on the way, as evidenced by a new trailer that’s just dropped for the series.

In the teaser, we see a flashback to the government lab where Eleven (Millie Bobby Brown) was created by evil scientist Dr. Martin Brenner. Brenner, called “papa” by Eleven and presumably the other children playing under his watch, was supposed to have been killed in season one by Demogorgon, but since season two, there have been hints that he’s still out there.

This may be the season he finally returns, as he calls out in the new teaser, “Eleven, are you listening?”

The fourth season of the hit Netflix show will reportedly now arrive in 2022. The season’s first trailer hit back in February 2020, and featured Chief Jim Hopper (David Harbour) living as a prisoner in Russia. Catch the new teaser, below, and check back for updates on Stranger Things season four’s release date.