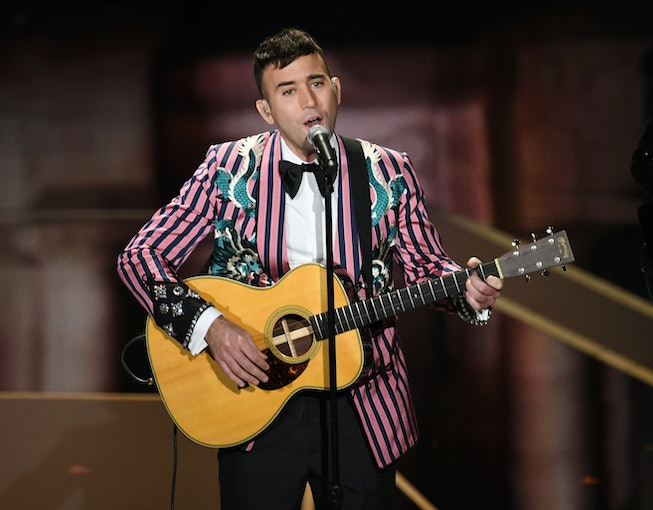 Believe it or not, it's been more than half a decade since Sufjan Stevens last dropped an album full of solo material. That album, Carrie & Lowell, was inarguably one of the best releases of 2015 — a return to Stevens' acoustic roots that felt more personal than ever as it excavated dark memories of his late mother, who, as a result of her struggles with bipolar disorder, schizophrenia, alcoholism, and drug addiction, abandoned Stevens as a young kid on several different occasions. With all these tales of heartbreak and despair, it's no surprise that the prolific artist needed a break — though he did release two collaborative projects in the meantime — but now, Stevens is diving back in to the watery pools of his subconscious. In a matter of months, the man who once pledged to make an album for every state in the U.S. is finally returning with a new solo album.

Titled The Ascension, the album is comprised of 15 songs, and with track names like "Lamentations" and "Gilgamesh," it seems like we can expect more of the same kooky Sufjan we have come to know and love over the past two decades. Not to mention that the physical copy of the album will come complete with a 16-page booklet of his personal drawings. (Agh, the multi-hyphenate artist of my dreams!)

In true Sufjan form, the album's first single is a whopping twelve minutes long. Titled "America," the single will be out this Friday, July 3rd, just in time for us to rethink our allegiance to an inherently corrupt nation when July 4th rolls around this weekend. Given its placement at the end of the album, I wouldn't be too surprised if the extended track takes listeners on a journey separated by individualized suites à la the 25-minute "Impossible Soul" from The Age of Adz (which, if you recall, inspired some of the most mind-bending live performances of the past decade.)

The Ascension is out on September 25th. Check out a tracklist below.

01 Make Me An Offer I Cannot Refuse

12 Goodbye To All That