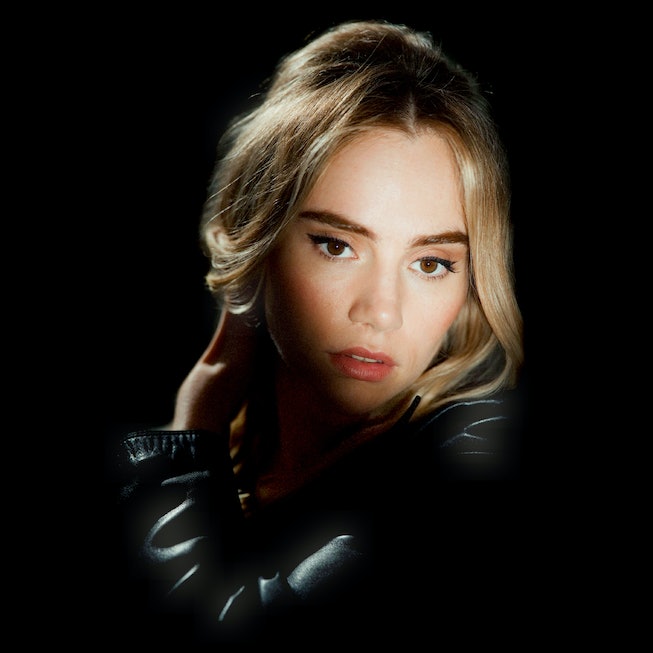 “I can’t forget that night, you said I looked like Suzi Quatro,” sighs Suki Waterhouse in the first breathy moments of her dreamy new song, “Moves,” premiering exclusively via NYLON below.

The rippling synth-pop track is the latest single from from the London-based model, actress, songwriter, and singer as she readies her forthcoming full-length album, due out in 2022 via Sub Pop. She’s described the project as “lo-fi dream pop” and “simple folk,” and “Moves” fits pleasantly in between both of those categories as a hazed out, guitar-heavy daydream.

Released alongside another track, “My Mind,” “Moves” is Waterhouse’s first release since 2019’s “Johanna.” Writing over email, Waterhouse explains that she wrote her latest single one random night in on the couch. What ended up spilling out was a confident, love-hungry song about wanting to “put some goddamn moves on you, god knows you need it,” as she puts it on the hook.

“It was a moment where I felt the urge to both sever a bond of connection with somebody and yet at the same time pursue and put my trust back in love,” she writes. “I knew from writing the song that it was already too late, I’d already been hit by it. I often think of the impossibility of one day being struck by a person that changes the course of your whole life. It's a little trauma that you are forever catching up to. ‘Moves’ is about allowing myself to let it happen to me, and it's also about saying to the other person that I want them to meet me there — because besides lust and longing, this time I believe I really have something to give.”

In the accompanying Cameron McCool video, Waterhouse sings the song as bright lights circle her in the background and she’s softly swaying, as if sitting in a moving vehicle. Over email, Waterhouse explains that recent dreams she’s been having about crashing inspired the video; it turns out it’s also a pretty fitting metaphor for “Moves,” and wanting to recommit to the turbulence of love.

Watch “Moves” below, and read on for our interview with Waterhouse as she talks about the new song, Suzi Quatro, and why she’s finally releasing a full-length album.

I’m in Los Angeles right now, I just went to go fix my car. I just got my license and half of the door is already hanging off. I didn’t even crash it, I just opened it and a blade of grass broke it. It’s so scary driving here when you have no idea what you're doing. I keep getting crashing dreams; that’s where the “Moves” video got inspired from.

You bring up Suzi Quatro in "Moves." Is that a real comparison you've gotten? Do you have any favorite songs from her?

Yeah, but years and years ago just in passing. But that’s how I found out about her! "Heartbreak Hotel" and "Stumblin’ In" are my favorites.

You teased at the beginning of this year that you were making an album. How has that been going, and can you tell us any more about it?

It’s such a personal and exposing process. I usually end up making something when I’ve hit a bottom again and again. I think for a long time I was so filled with doubt and I’d just about be able to release one song a year. I don’t really know what made it all happen. I listened to so many records that Brad Cook has produced and I was so sure that he was the right person to do it with. We called each other and talked about Lucinda Williams and the next thing I knew I was figuring out how to get to North Carolina.

What's been the biggest challenge for you putting together the album, so far?

My indecisiveness and poor communication skills.

Finally, have you gone to any live shows yet? If so, what's the best one you've been to?

I just played Bottlerock in Napa Valley a few weeks ago, which was kinda my first proper show. I loved it so much, and drank way too much wine afterwards. I hope I get to play some more soon, I would love to be on the road.