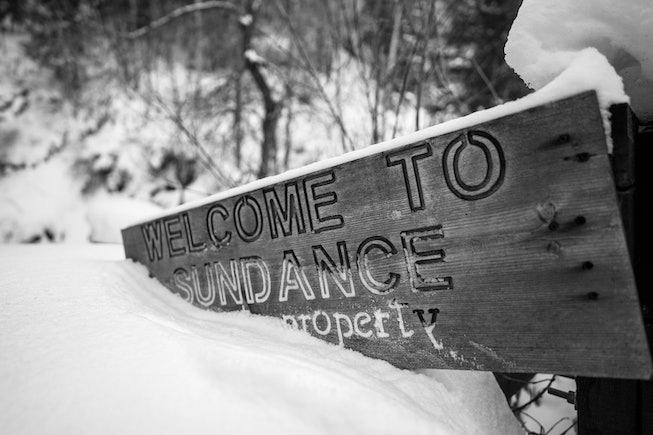 Just 15 days before it was set to kick off with the world premiere of Amy Poehler’s Lucille Ball documentary Lucy and Desi, the Sundance Film Festival has made the executive decision to cancel all in-person events for its upcoming program. Originally planned as a hybrid event, with some things occurring in-person (in Park City and in several other cities across the US) while everything else was made available through the online platform, the snowy festival behind Oscar-winning favorites like Get Out and Little Miss Sunshine will now only take place virtually.

Luckily, this isn’t the first time festival organizers have had to adapt to a primarily online version of their hip indie incubator. After being the only festival to occur as planned before the onset of the pandemic in 2020, Sundance followed up in 2021 with their inaugural virtual festival — a new but welcomed experience many “attendees” (myself included) believed to be a knockout success. In fact, after the democratized access led to their largest audience ever, organizers opted to keep virtual attendance for future editions of the festival, even as they moved forward with plans for a semi-return to form this year with in-person premieres, screenings, galas, and talks.

Unfortunately, with cases of the Omicron variant surging, organizers decided that they could not, in good conscience, “knowingly put our staff and community at risk.” “Despite the most ambitious protocols, the Omicron variant with its unexpectedly high transmissibility rates is pushing the limits of health safety, travel and other infrastructures across the country,” they said in a recent statement. “The festival’s in-person Utah elements will be moving online this year. While we’re disappointed to not provide the full hybrid experience and gather in-person as intended, audiences this year will still experience the magic and energy of our festival.”

For what it’s worth, that “magic and energy” is certainly represented in the lineup for the festival, which will still run from January 20 to January 30 as planned. In addition to the aforementioned Lucy and Desi documentary, the festival will also host the premieres of hotly anticipated titles like Kanye West’s long-awaited three-part docuseries jeen-yuhs: A Kanye Trilogy, Lena Dunham’s sexual awakening dramedy Sharp Stick, the Julianne Moore-starring directorial debut of Jesse Eisenberg When You Finish Saving the World, and Keke Palmer’s Pam Grier-referencing slavery thriller Alice. Already buzzy titles like The Worst Person in the World (one of NYLON’s favorite films of 2021) and Cannes darling After Yang will also play.

Take a look at the full lineup for Sundance Film Festival 2022 here.