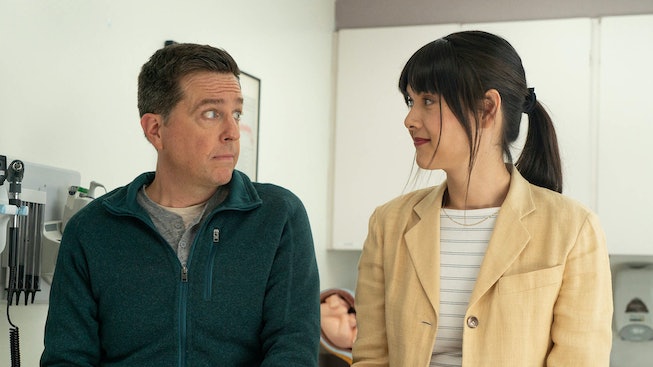 This year, Sundance was different than it's ever been before. For the first time ever, the Park City, Utah-based film festival went almost completely virtual, offering everyone, local or not, the opportunity to take part in the cinephiliac fun. Last year, thanks to its late-January/early-February run dates (a full month before COVID-19 became a reality in the US), Sundance was the only film festival to go off without a hitch. But in 2021, with the pandemic still terrorizing nations across the world, the premiere indie film festival was forced to take matters into its own hands and reorient itself for our new stay-at-home normal.

However, in spite of these shifts, some things still remained the same. As usual, the festival still played host to several high profile premieres, including Shaka King's highly anticipated Judas and the Black Messiah, which has since been nominated for Golden Globes and Screen Actors Guild awards, and Rebecca Hall's Passing, which pits Tessa Thompson against Ruth Negga in a provocative tale about two light-skinned women living on opposite ends of the color line. Similarly, the festival played host to tons of smaller indie fare, including several films that are destined to eventually break out into the big leagues (Jockey, CODA) and others that seem to promise big things to come from their first-time directors (Pleasure, We're All Going to the World's Fair).

With more than 120 feature films, documentaries, shorts, and episodic series to choose from, it can be impossible to synthesize everything that happened over the past week and a half. So instead, NYLON has gathered a list of eight Superlatives to bestow upon some of the buzziest titles at the 2021 Sundance Film Festival — from the de facto Breakout Star to the (Accidental) Pandemic Parable.

The Breakout Star: Patti Harrison in Together Together

Together Together is many things: a hilarious comedy, a touching story about one woman's journey to find purpose in her life, and a beautiful rom-com that dares to leave out the all-important "romance" aspect. But above all, it's a welcome introduction to the otherworldly talent of comedian Patti Harrison. Directed by Nikole Beckwith, Together Together follows the directionless 26-year-old Anna (Harrison) as she acts as the surrogate for the lonely 40-something Matt (The Hangover's Ed Helms), who has decided to father a child by himself. The understated humor of this small indie comes from the duo's odd-couple pairing — Anna is loose and free-spirited while Matt is high-strung and very by-the-book — but its charm is almost wholly reliant upon Harrison, who brings her familiar deadpan standup style to this role in a way that pays off in dividends.

Though she comes from a comedy background, Harrison more than proves herself to be a remarkable dramatic actress, too — this isn't just about landing punchlines. With a complicated past and a difficult relationship with her family, Anna has her fair share of emotional lows, and Harrison always seems up to the task, nailing a range of feelings in any given moment. She even makes the world's ugliest clogs look fashionable — and that's saying something! With Together Together receiving near-universal acclaim, I can't imagine that Patti Harrison (who's already proven herself to be a scene-stealer in shows like Shrill and Search Party) won't be swimming in offers in the near-future. It's what she deserves.

By far the best film I saw throughout the entire seven-day festival, Flee stands out for its refusal to bend to the whims of any singular genre. Though it competed in the World Cinema Documentary section of Sundance, it feels like a categorical disservice to limit this moving film to the realm of "documentary." As it tells the harrowing story of Amin — an Afghan refugee who is forced to abandon his home country as a child and spends the majority of his youth bouncing from one country (Russia) to another (Denmark) — Flee traverses genre: it's a true story, of course, but it also stands as a corrective to a former work of autofiction, as Amin comes clean about some of the lies he's become accustomed to telling others, including his husband-to-be. Rendered in striking hand-drawn animation, this film, from queer documentarian Jonas Poher Rasmussen, ponders what it means to risk everything to find safety and security while, at the same time, putting Amin's current safety and security on the line to even share his story (full of completely justifiable lies, deceit, and false identities). At once tragic and wholly powerful, Flee is destined for a vibrant post-Sundance afterlife — just ask the buzzy film studio NEON, who quickly scooped it up immediately after its Opening Night premiere.

It's no surprise that Brazilian writer-director Iuli Gerbase was so quick to point out that her Sundance feature debut, A Nuvem Rosa (The Pink Cloud in English), was conceptualized and filmed prior to the onset of the COVID-19 pandemic. Because when watching it, it's hard not to imagine that this film — which follows a man and woman who find themselves trapped together when a mysterious, potentially lethal pink cloud appears in the sky, causing them to immediately go indoors and lock themselves inside — wasn't deliberately conceived as a direct allegory to the current pandemic that has forced many of us to stay inside ourselves.

After engaging in a one-night-stand, Giovana and Yago are then forced to hole up inside, where, after years and years of no outside contact, they try to fashion themselves into a loving couple. Their makeshift relationship naturally deteriorates — they have a child together, but then later separate, each taking one of their home's floors. While Yago willingly adapts to their new normal (again, they have been trapped indoors for years), Giovana struggles, refusing to buy into the idea that this can ever compare to the freedom she once experienced before traveling outdoors was forbidden. As it focuses on the highs and lows of a single relationship, The Pink Cloud offers painful parallels to our present-day reality. I couldn't help but think about all the stories I've recently heard about roommates hooking up with one another out of sheer boredom, scared of venturing outside their immediate bubble but desperate for release nonetheless. An auspicious debut by a (potentially clairvoyant) writer-director, The Pink Cloud may feel like a response to COVID-19, but never forget: this concept predates our current plague.

The Time Capsule of Black Joy: Summer of Soul (...Or, When The Revolution Could Not Be Televised)

With Sundance 2021 taking place during Black History Month, it only made sense that the festival would open with a film that offered a glimpse into a piece of woefully under-discussed Black History. Enter Summer of Soul (...Or, When the Revolution Could Not Be Televised), an expansive documentary about the 1969 Harlem Culture Festival, which has been widely referred to as the "Black Woodstock." The directorial debut of The Roots frontman Questlove, this celebratory film peels back the curtain to discuss this huge music concert series, which saw performances by everyone from Mahalia Jackson to Gladys Knight & The Pips, Sly & The Family Stone to the one and only Nina Simone. A wide-ranging combination of archival footage, in-depth interviews, and some knockout music performances, Summer of Soul serves to talk about one of the grandest undertakings of Black music in history while also breaking down the reasons this landmark Black-led music festival has been all but erased from the history books. An inspiring and uplifting tale about finding community during a time when community was not easy to come by, Summer of Soul is revelatory — as one talking head says, "This was the first time that I had seen so many [Black people]. Families, fathers, mothers, kids running around. Beautiful women, beautiful men. It was like seeing royalty.”

In the grand scheme of things, R#J did not live up to the promise of its premise. A take on Romeo & Juliet, set during the age of social media and centered on the Black Montagues and the Latinx Capulets, the debut feature by Carey Williams sounded interesting. But in the end, with its Searching-lite approach to storytelling-through-phone-screens and its messy mix of Shakespearean dialogue with modern-day parlance ("Period!" was muttered more than once), R#J felt more like an Intro to Film School exercise than a fully-realized vision. Yet despite these shortcomings, I couldn't take my eyes off this trainwreck, primarily because of its impeccable wardrobe. A flashy take on millennial dressing, R#J reveled in excess. On more than one occasion, I found myself trying to reach through my television screen to rip the clothes straight off the characters' back. Mercutio, especially, was a standout with his gender-bending fashion expression — all attention-getting accessories, painted nails, and off-the-runway garments.

It means a lot to me that polyamory is finally getting its chance in the spotlight, particularly when it's being showcased as sensitively as it is in Ma Belle, My Beauty. (I'm still not sure what to make of HBO Max's upcoming There Is No "I" In Threesome.) Directed by Marion Hill, this tender story of a newlywed musician couple, whose idyllic new life on the French countryside is interrupted by the arrival of their former third, can easily recall the world of Call Me By Your Name with its enviable depiction of an easy-living life filled with constantly flowing wine. But as a love story, Ma Belle is much more complicated — and thus, ultimately, much more gratifying. The couple at the center, Bertie and Fred, feel differently about the arrival of their mutual ex, Lane, and this beautiful film takes its time revealing why, slowly but surely peeling back the layers to explain what happened to the triad in the past and why those things still have such a heavy impact on the present. By the time Hill's feature debut reaches its unexpected but undoubtedly compelling conclusion, you won't know what hit you.

With last weekend's splashy Netflix premiere of Sam Levinson's controversial Malcolm & Marie, it's no surprise that discussions around black-and-white cinema were centered on one singular entity. But it's Passing, another black-and-white film focused on two Black people navigating what it means for them to move through a racist world, that deserved the real applause. The directorial debut from former actress Rebecca Hall, Passing, based on Nella Larsen's 1929 novella of the same name, stars Tessa Thompson and Ruth Negga as two estranged friends from high school who reunite as adults when Clare (Negga) has decided to live as a white woman while Irene (Thompson) has stayed true to her Black roots. A complicated tale of desire, racism, deception, and the lies we tell ourselves to feel better about our place in the world, Passing is a moving film that's bound to drive conversation whenever it premieres for the wider public.

The MVP of The Week: Christopher Abbott in On the Count of Three and The World to Come

My thirst for Christopher Abbott (Girls' misunderstood Charlie) is well-documented at this point, and it's been an utter pleasure to see this ridiculously handsome charmer ascend the ranks and be recognized for his similarly appealing acting skills. At almost any festival, there's one actor who finds themselves rising to the top as the MVP by pulling double-duty, and this year, that title belongs to Abbott, who stars in two of the festival's buzziest films: the suicide pact dark comedy On the Count of Three and the languid lesbian period piece The World to Come. That Abbott's roles in each are so starkly different — in Three, he plays a dejected former mental patient just trying to make it through the day, while his character in The World to Come is the opposite: an abusive, overbearing husband, who can't stand the thought of his wife falling in love with another woman — is only a testament to the 35-year-old actor's range. And if there is any justice in this world, his showing at Sundance 2021 will only lead to more opportunities in the future.