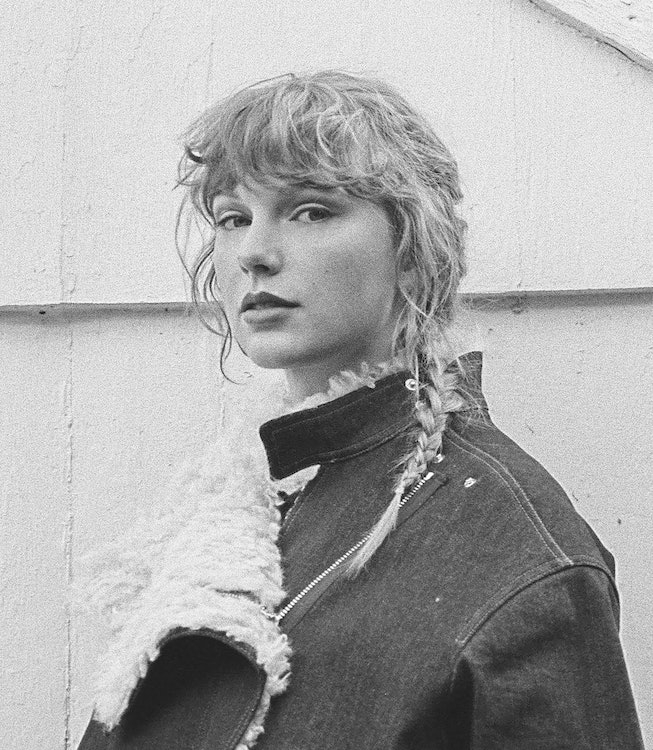 Taylor Swift released evermore, her ninth studio album and sister record to folklore, on Friday. Already, less than 24 hours since its release, conspiracy theories abound on the real-life events the pop star seems to be alluding to on some of its tracks, specifically regarding her public fallout with Kim Kardashian and Kanye West, her relationships with both Tom Hiddleston and Joe Alwyn, and musings about her place in it all.

Like folklore, evermore finds its magic in the fictional tales and romances Swift spins about "two young con artists who fall in love," and "the longtime college sweethearts who had very different plans on the same night," she writes of the record on Instagram. But amid the fiction is also quite a bit of fact.

Keen-eyed fans have already pointed out one track where the pop star seems to reference her particularly turbulent tabloid news cycle in 2016 which famously laid the foundation for her 2017 record Reputation. At the time, songs like "Look What You Made Me Do," and "This Is Why We Can't Have Nice Things" portrayed the singer as bitter and unremorseful as she embraced her role as the villain in it all. On evermore, however, the passage of time has softened the thorns of that year; Swift's updated reflections on the events are level-headed, frank, and much more insular, concerned with how the drama colored the budding romances she struck up with ex Tom Hiddleston at the time, and eventually her current beau Joe Alwyn.

Opening with the lyric: "I tried to pick my battles, 'til the battle picked me," her song "long story short" begins with a brief summary of 2016, and how she "fell from the pedestal, right down the rabbit hole" following her highly publicized feud with Kardashian and West. But that's not the main plot line here.

In the midst of the feud's fallout, Swift broke up with her then-boyfriend Calvin Harris, and was quickly seen smooching actor Tom Hiddleston (their relationship ultimately lasted for one summer). On "long story short," Swift dramatizes the switch-up as a desperate escape (and Hiddleston, the poor rebound): "Pushed from the precipice, clung to the nearest lips/ Long story short, it was the wrong guy," she sings. She muses about how her long line of exes is because she: "look[s] better in the rear view, missing me/ At the golden gates they once held the keys to."

But, ultimately, the crux of "long story short" is about her current boyfriend Alwyn, and how he fits into it all. On the song's bridge, she sings that now, "I just keep you warm, no more tug of war." And then she does the thing where the character in a movie says the title of the movie: "And my waves meet your shore, ever and evermore."

If anything, "long story short" is a sweet and retrospective track that shows just how much growth and distance Swift has achieved since the events that are referenced in the song. It makes sense — she's now 31, and newer, recent battles that have popped up in her life have proven that there are more important things to fight for than being on the "right" side of a tabloid controversy. As she concludes herself in "long story short": "Past me, I wanna tell you not to get lost in these petty things/ Your nemeses will defeat themselves before you get the chance to swing."

Hear "long story short" above, and see our ranking of all of Swift's track five songs here.