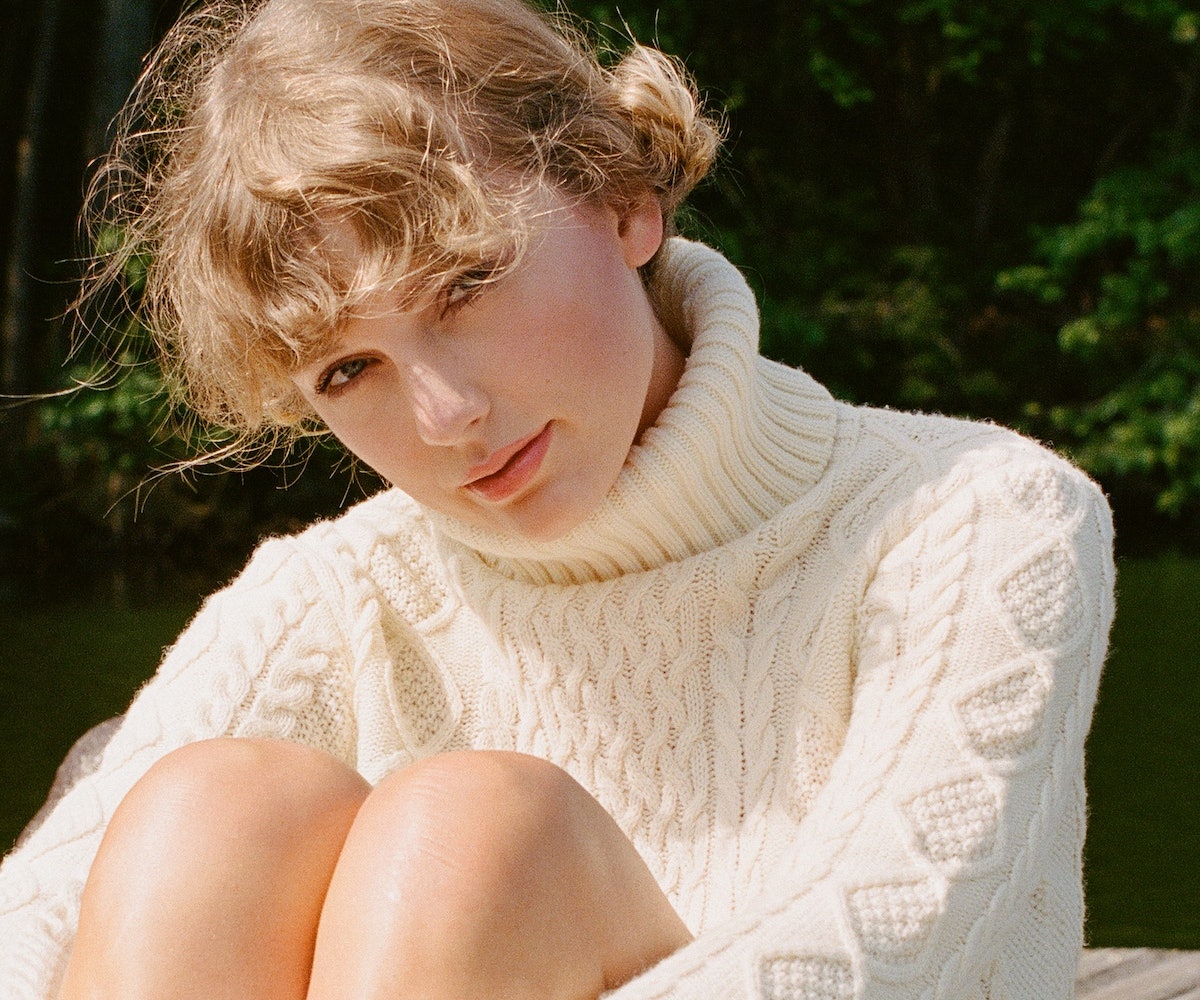 If you ask me, the moments that make the eternal hellfire of Always Being Online even remotely bearable, is when some sense of digital camaraderie is achieved as a result of everyone doing the exact same thing and tweeting about it. For example: at midnight on Friday when everyone simultaneously burst into tears because Taylor Swift released her eighth studio album (she goes alt!), folklore. Meanwhile, at the same time, people were twerking out to Alabama rapper Flo Milli's rambunctious debut mixtape, Ho, why is you here? Sure, new music Friday is always a buzzy time to be on the internet, but the most recent release day had everyone tuning in online to pick their fighter: folklore or Ho, why is you here?

After a surprise announcement on Thursday, Swift released her eighth studio album, folklore, a collection of whimsical soft-pop ballads that include Bon Iver's Justin Vernon, The National's Aaron Dessener, and longtime collaborator Jack Antanoff as co-writers and producers. In a YouTube comment, Swift likened its 16-songs to flipping through a "photo album full of imagery, and all the stories behind the imagery." The songs have been giving fans online serious throwback energy to the days of Fearless and 2000s-era Swift, as well as the super-specific and TikTok viral aesthetic of #cottagecore. (Which Swift would probably agree with, given the cozy looking cardigan she's selling as merch.)

On the seemingly other end of the spectrum, Flo Milli, the viral Alabama-based rapper behind TikTok hits "In The Party" and "Beef FloMix," dropped her highly-anticipated debut mixtape, Ho, why is you here? With its breezy half-hour runtime, it is a burst of attitude and unbridled fun. Or as one Twitter user wrote: "Flo Milli make pretty girl fight music. like... let me apply this lip gloss fore I whoop that ass!"

Naturally, the internet couldn't resist documenting the two divergent musical experiences happening on the platform at the same time through a countless flood of memes. "lisa twerking to flo milli’s mixtape while rosé’s crying to folklore downstairs," went one viral tweet that included a video of YouTuber Nicole TV twerking and then immediately crying in her bathroom. Maybe, one could be both at the same time? See the internet's the best jokes below.