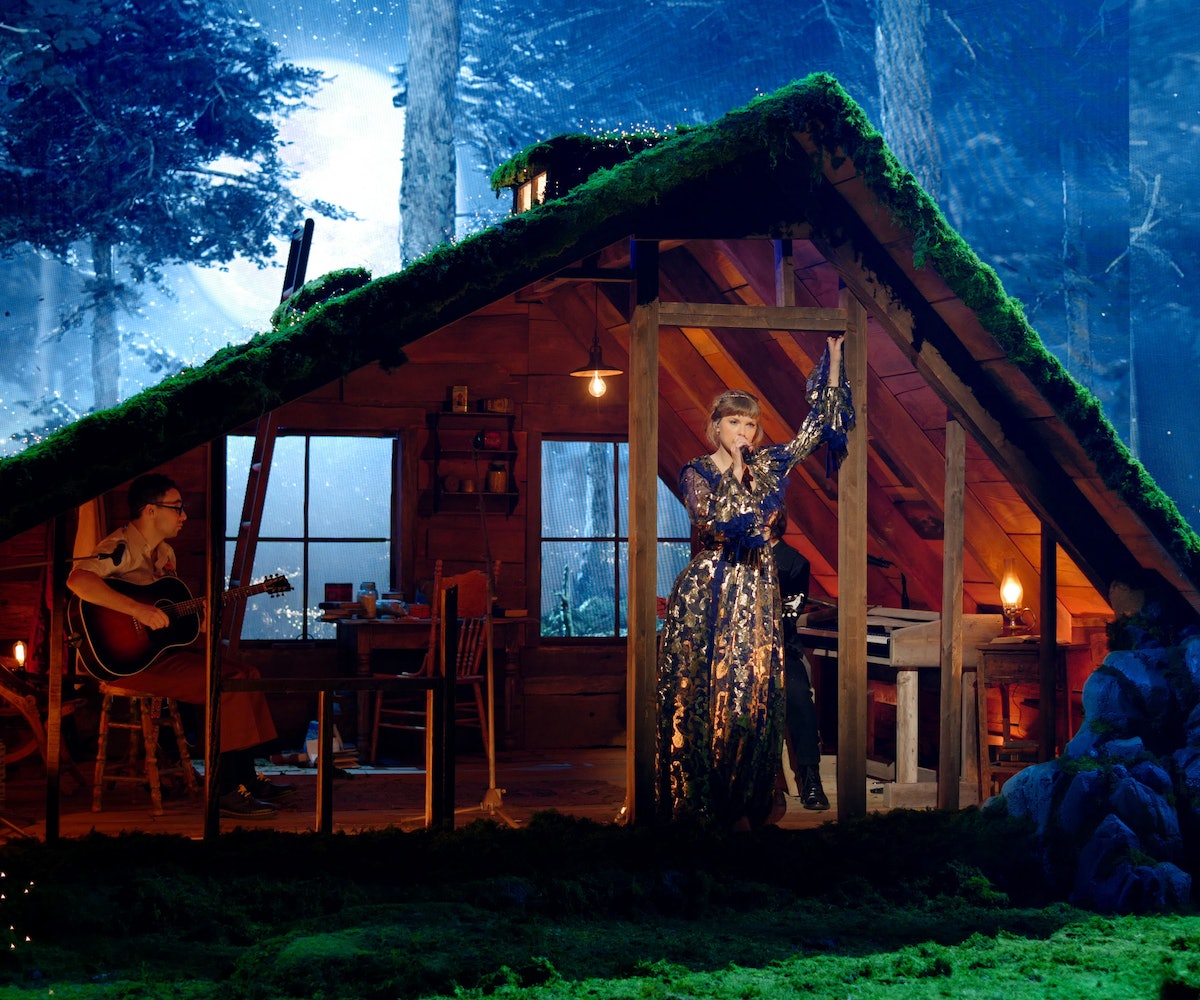 Performing amid a lush forest setting, Taylor Swift brought the cottagecore soul of her last two albums, Folklore and Evermore, to life with a three-song medley for her 2021 Grammys performance on Sunday. Standing inside an actual grass-covered cabin in a long silvery gown, the pop star sang “Cardigan,” “August,” and “Willow,” marking it as her first-ever live performance of a song from Evermore. Jack Antonoff and The National’s Aaron Dessner, who worked with her on both albums, were also on stage, accompanying her on guitar.

Swift came into Sunday night with six nominations. Folklore, which was produced entirely during quarantine, is up for Album of the Year, as well as Best Pop Vocal Album; “Cardigan” is still up for Song of the Year. The track was also nominated for Best Pop Solo Performance, however lost to Harry Styles’s “Watermelon Sugar.” Swift also had nods in Best Pop Duo/Group Performance and Best Song Written for Visual Media, but lost in both of those categories, too.

The superstar last took home Grammys in 2016, when she won Album of the Year with 1989, alongside Best Pop Vocal Album. Her 2015 “Bad Blood” remix with Kendrick Lamar also nabbed her the Best Music Video trophy.