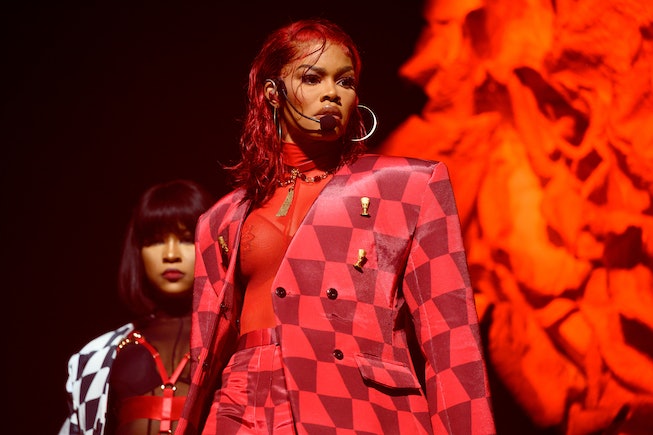 Teyana Taylor is taking her final bow in the music industry. The singer and dancer has announced a series of live shows for her farewell tour, The Last Rose Petal 2. The dates kick off this summer in June with her festival appearance at Pharrell’s Something In The Water festival, before resuming in August for her last circuit throughout the U.S.

For those who have been keeping up with Taylor, this last trek won’t be much of a surprise, as the singer has repeatedly confirmed her intention to retire. She first announced her retirement on social media back in 2020, writing in an Instagram post that she felt “super under-appreciated as [an] artist” before announcing that she was stepping away from her career as a recording artist.

“I’m retiring this chapter of my story with the comfort that I can depart with peace of mind seeing that all the hard work & passion put in was indeed loved & supported somewhere in the world!,” she wrote at the time. “To all my supporters from day 1 & all my new ones I love you and I thank you for everything & don’t worry … All hustlers have the understanding that when one door closes another will open … either that or I’m pickin da locks petunia!!!”

Her abrupt (though ultimately unsurprising) announcement arrived just months after she released her third studio album, The Album, via Def Jam and Kanye West’s label GOOD Music, with whom she’s notoriously had disputes and conflicts. After the release of her 2018 record, K.T.S.E., fans accused the label of intentionally sabotaging the project by delaying its release. Later, in an interview, Taylor herself revealed that she had no idea ahead of time that the project would be released without any singles or visuals. It all painted a picture of a strained relationship between artist and label, and in 2021, Taylor essentially confirmed that part of her retirement was due to her experience at the label.

“I am going to feel under-appreciated if I’m putting in 110 percent and my label is giving me... what...10 percent of that,” she said in an interview.

Now with her farewell tour underway, it’s unclear what parts of her career Taylor will be focusing on next. One things for sure: it likely won’t be music. Per Pitchfork, a representative for Taylor stated that there’s no new music planned from the singer in the future — so catch Taylor on the stage while you can. Read on for where she’ll be playing before she wraps it up for good, and how to get tickets.

How to buy tickets to Teyana Taylor’s final tour

Presale tickets are available for purchase now on livenation.com with the passcode: FAREWELL. Otherwise, tickets go on-sale to the general public starting Friday, May 6 at 10 a.m. local time at livenation.com.