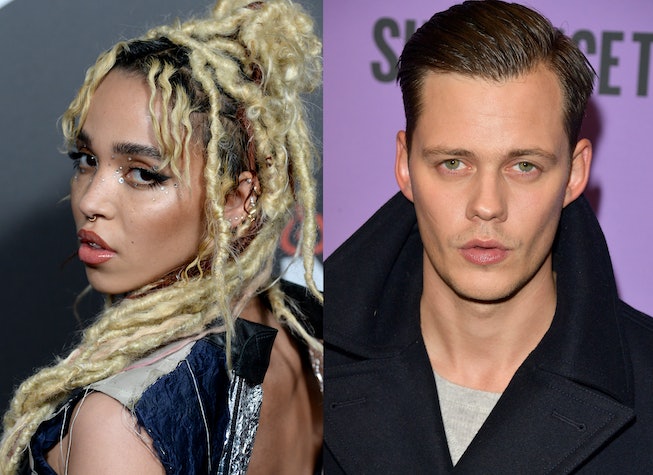 It doesn’t look like Hollywood is slowing down on film reboots anytime soon, but with FKA Twigs in the mix, this next 90s remake may be worth the watch. This year the singer-songwriter is putting her acting skills to the test and will star in a remake The Crow, alongside Bill Skarsgård.

The Crow originally premiered in 1994 and became a blockbuster hit. Brandon Lee — who died tragically due to a prop-gun incident while shooting the film — famously starred as Eric Draven, a musician who is killed by a violent gang on the night before his wedding. A year later, a supernatural twist gives Eric the chance to get revenge. Per the synopsis, “On the anniversary of their death, Eric rises from the grave and assumes the gothic mantle of the Crow, a supernatural avenger. Tracking down the thugs responsible for the crimes and mercilessly murdering them, Eric confronts head gangster, Top Dollar, to complete his macabre mission.”

After its premiere, The Crow, and Lee, became household names but the iconic film hasn’t been revisited until now. Ruperr Sanders is directing the reboot, which was penned by Oscar-nominated screenwriter Zach Baylin (King Richard). According to Dazed Edward R Pressman and Malcolm Gray are working as producers on the film.

As for the cast, Skarsgård, who starred as Pennywise in IT, will play Eric. FKA Twigs' is a confirmed cast member, but her exact role in the film is unknown. If the new version resembles the original the “Cellophane” singer may star as Shelly Webster, Eric's fiancée, or the couple's friend, Sarah.

The Crow does not have a premiere date yet, but the film will begin shooting in June. In the meantime, Sanders shared his excitement about the project in a press statement. “The Crow is beautiful, dark, poetic, and sometimes disturbing,” the director said. “It is a great honor to revisit James O’Barr’s iconic comic and reimagine The Crow as a foreboding voice of today.”