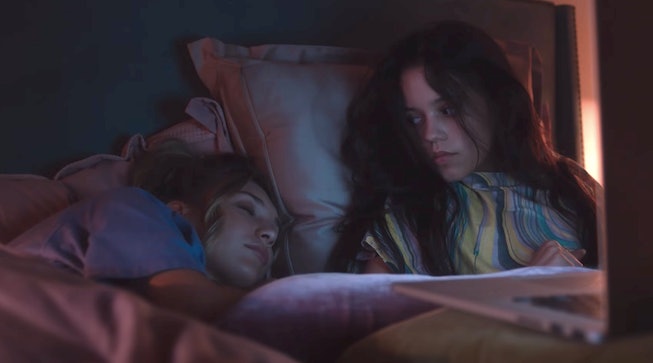 The Fallout, the directorial debut from Megan Park starring Jenna Ortega and Maddie Ziegler, is a film about Gen Z teens with a heartbreaking twist at its core. In the first trailer for the SXSW Audience Award-winning feature, Ortega and Ziegler bond over the terrible trauma of surviving a school shooting together. The rest of the film, as evidenced by its title, deals with the fallout of that experience and how it affects both teens and their families.

The chilling trailer shows the moment Ortega and Ziegler’s characters hide together in a bathroom stall while a shooter ravages their school. Set to Billie Eilish’s “when the party is over,” it’s a heart-wrenching look at the well-worn tread of the teenage experience.

It’s Park’s first time directing a film, but she has a long history in the entertainment industry — first as a singer and actress (including starring as Grace on The Secret Life Of The American Teenager). Shailene Woodley also makes an appearance in the film as Ortega’s therapist, and Eilish’s brother, Finneas, will soundtrack the film.

The Fallout arrives on HBO Max on January 27. Watch the full trailer below:

NEXT UP
Fashion
Jenna Ortega Is The Face Of Adidas’ Newest Line
fashion
How ‘Spice World’'s Costume Designer Nailed The ‘Scooby-Doo on Acid’ Look
Culture
Loewe’s Howl's Moving Castle Collection Is An Anime Dream
Culture
The Madonna Biopic Is Being Scrapped
Style + Culture, delivered straight to your inbox.