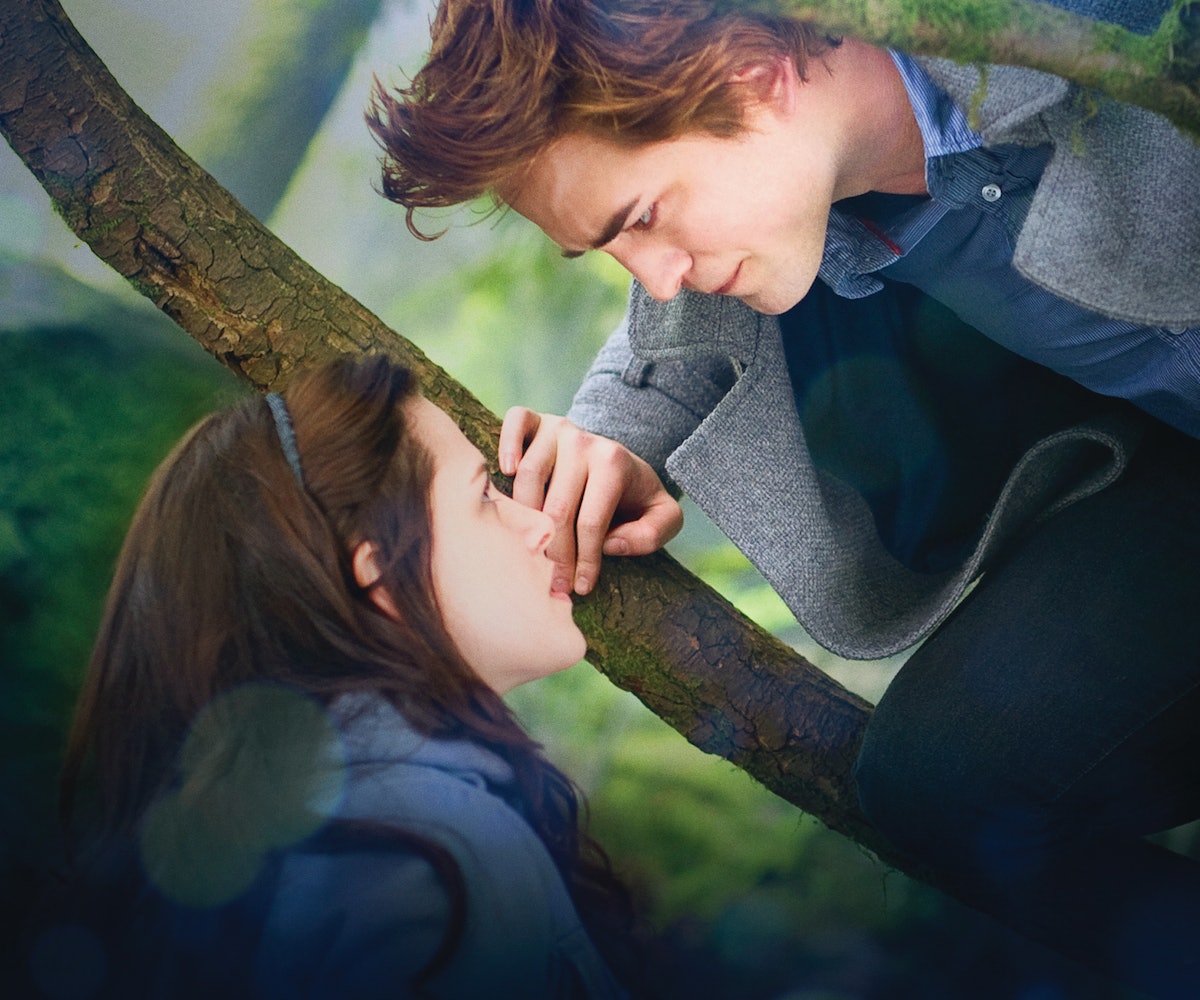 When the pandemic started, Kate fell into an old pattern of behavior. Her friend had very recently started a Discord server – "our big chat room that you need an invite to enter" – for millennial My Chemical Romance fans who wanted to engage in fan culture outside of Twitter. Perhaps inevitably, 27-year-old Kate found herself toppling headfirst into her old teenage fandom. “Many of us are bored AF, stuck at home, some all by ourselves, some with sh*tty family,” Kate explains. “I started getting a lot more involved in the server, and my friend and I decided to start holding server events every weekend.”

She credits this with hugely helping her mental health and well-being during COVID-19. “I’ve never really had problems with anxiety in the past, but COVID and living at home with my parents was kind of a challenge,” she says. “The not knowing what the future held and what was going to happen to my classes and credits was pretty stressful.” But she didn’t discuss these stresses on the server and with other fans. “That’s where I went to get away from anxiety and bad vibes and just immerse myself in MCR memes and just hang out, which was really nice when I wasn’t allowed to leave the house or get away from what my life had become in quarantine.”

Kate and her friends aren’t alone in finding themselves back in old fandoms during this strange time in 2020. It’s a wider trend being observed across all types of media fandoms by fans, academics, and culture critics alike. Elizabeth Minkel, co-host of the Fansplaining podcast and co-creator of the fandom newsletter The Rec Centre, says, “I’ve seen a lot of people talking about getting back into their teenage fandoms [...] People saying ‘I hadn’t read fan fiction since I was in college, and I’m 30 now and this has returned to my life.’”

On a recent Fansplaining episode, Minkel and her co-host Flourish Klink read a letter sent in by a cis lesbian wondering why she was currently reading fan fiction that featured male-on-male relationships, rather than women. “If I’m being kind to myself, I would say my primary reason for being into slash now is that I’m chasing a nostalgic feeling, seeking comfort in the world I escaped to when I was a teenager,” the listener wrote. “I don’t think it’s a coincidence that I’ve returned to fandom in the midst of a global pandemic.” Maren Abercrombie, co-host of popular Twilight podcast Remember Twilight, agrees. “The general yearning for nostalgic media is huge right now ... people are so desperate for any comfort, that we reached back for Twilight.”

In my book, Fangirls: Scenes From Modern Music Culture, I explore why, during periods of mental distress, female fans dip back into familiar teenage fandoms. The interviewees I spoke to for this article repeated the words that depressed fans used when they told me why they returned to fandom.

Charlotte, a 21-year-old from Sussex, England, returned to her One Direction fandom as soon as the pandemic started because “it helped with anxiety and the not knowing what was going to happen in a pandemic. It just took my mind off things and gave me a distraction.” She adds that her current experience of fandom is different than that of her more hyperactive teenage days: “When you’re a young teen, you’re completely infatuated, but as you get older it’s not as intense and it’s more of a comfort feeling. I didn’t feel the need to be so public about it.”

That lowered intensity of fandom experience also has to do with finding comfort in predictability. “The most heightened feelings you get are for things that are in progress,” Minkel says of media fandoms. The alternative is closed fandoms in which you know the conclusion and understand its boundaries. In other words, why watch a new show when there might not be a next season or the creator disappoints you? “It’s about knowing the ending of something or even knowing the beats,” Minkel adds. “This is going to happen but it’s going to be concluded, which is something you have control over.”

Another specific joy in returning to a teenage fandom right now is seeing how younger Gen Z fans are engaging with old source material in hilarious new ways. Bryony, a 24-year-old from Brighton, recently dove back into the Twilight fandom, re-reading and watching the movies, after seeing “younger kids [make] TikToks about ‘Bella’s Song’” and other cringeworthy moments from the films. “It was pretty hilarious seeing people get super into something that had been so important to me but [that I'd] forgotten,” she says. After being furloughed from her child care job in March, she had a lot of free time to get hardcore about her new (old) obsession.

Despite the fun and games, there are some risky stakes to revisiting previous fandoms. Although they bask in nostalgic glow, the reality is that these fandoms, as well as the creators and the source material themselves, are not being seen through teenage eyes — they’re being viewed through a 2020 lens. It can be jarring when a real-world complication takes you out of what Minkel calls the “suspension of disbelief.” As she says, “You can’t always go home again.”

Reality darkly rubbed up against nostalgia for many Harry Potter fans this summer when the murkiness of J.K. Rowling’s long-standing preoccupation with transgender women was made clear through a transphobic open letter she published to her website in June. Online backlash was swift and unforgiving with longtime fans swearing off the series, kicking off another debate on the separation of art and artist. As an ex-Potter stan, Minkel made the difficult decision to part from Rowling and the book series, which she can no longer enjoy. She admits — in a sentiment familiar to many music fans, particularly with regard to cisgender male artists in the wake of the #MeToo movement – “I don’t know what to do with my teenage self for whom these books were very powerful.”

This puts into question just how much healing and escapism fandom can truly provide. Kathleen Smith, a therapist and the author of The Fangirl Life: A Guide to All the Feels and Learning How To Deal, is a proponent of the belief that fandom can only be a psychological Band-Aid, a single tool to reduce anxiety. “Something I always tell my clients is that you’ve got to have a lot of tools in your belt, because fandom might not always work or you might become dependent on it. People run into trouble when fandom becomes their only way of managing their distress, because then if there’s drama in the fandom or they don’t find the film as enjoyable anymore, they don’t have any other tools for taking care of themselves or for calming down.”

The year 2020 is far from over, but both Kate and Bryony have stopped engaging with their fandoms and their source material for now; the itch that needed scratching for a few months has, somewhat, been sated. They admit, however, that fandom is something they would return to again. Globally, the second wave of the pandemic is approaching with redundancies hitting all sectors, and the UK specifically faces the consequences of a no-deal Brexit and an enormous recession. Without scaremongering, Smith suggests that right now is an ideal time to recalibrate and look for alternative fandoms: “What else is there that can give you a little bit of joy and a bit of calm right now besides what you’ve always turned to?”

Though it takes more energy and motivation than most people have right now to engage with something new, Smith says that a caveat is "that novelty is actually really good for your brain and does fight depression. So while it can be useful to turn to what’s comforting, people need some novelty in their lives right now, whether that’s watching a new show or taking up a new hobby.”

We don’t need to search far to find it. The blueprint for your next fandom is there, because you’ve already done it. All you have to do is come with curiosity and patience, and you’ll be back in familiar territory.