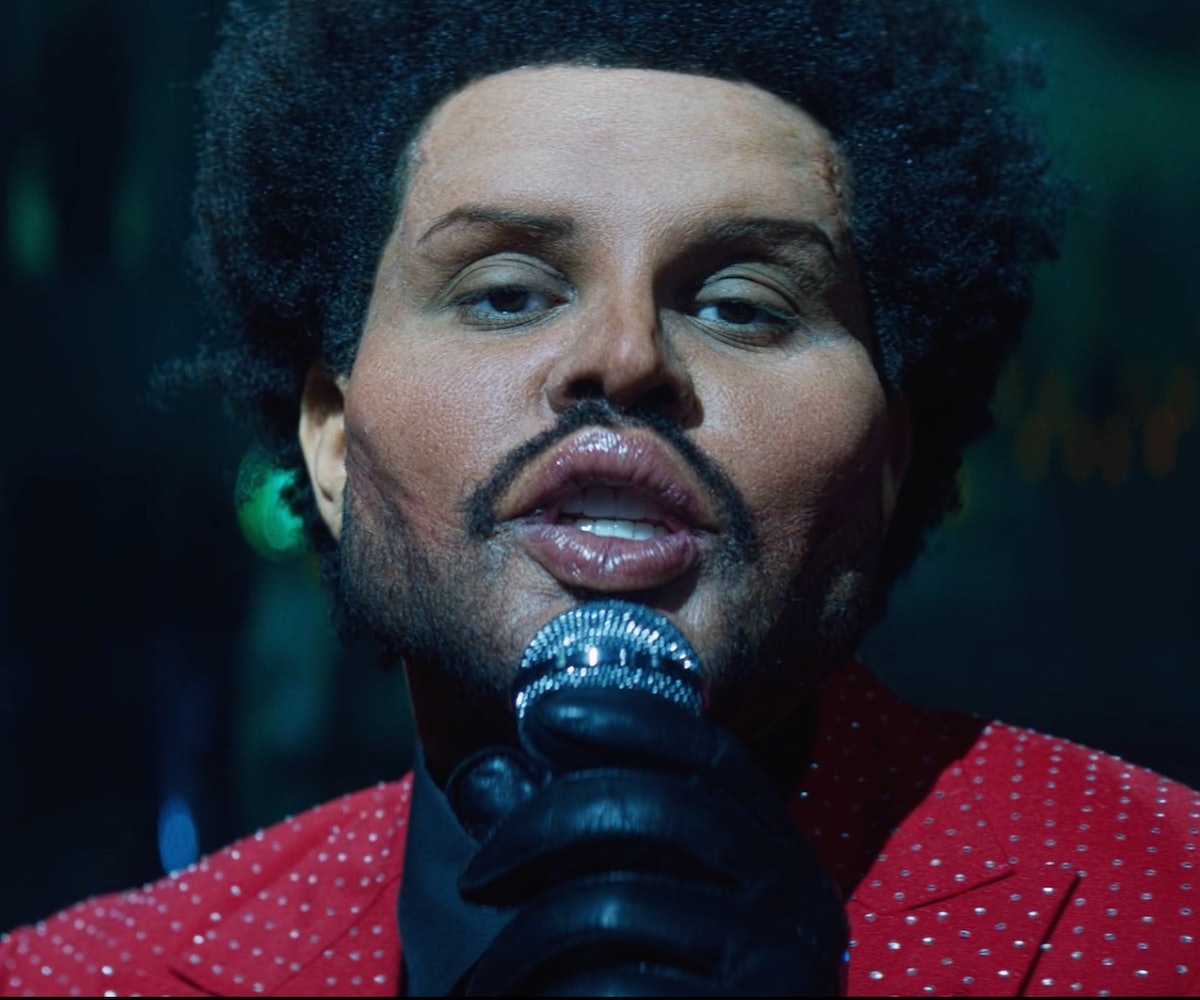 After spending what felt like the entirety of 2020 bloodied, bruised, and wrapped up in hospital gauze, The Weeknd has finally unveiled what exactly was lurking behind those bandages. The pop star released his new music video for "Save Your Tears" on Tuesday, revealing a brand new, surgically-enhanced face — complete with exaggerated cheekbones and the squarest jawline you've ever seen. (Yes, the comparisons to handsome Squidward have already been made.)

The visual follows the storyline of the last few videos from his After Hours album cycle, but if you haven't been paying attention, here's a quick rundown: he gets beat up in "Blinding Lights" during a manic bender in Las Vegas, gets decapitated in "In Your Eyes," and gets his head sewn back on (to a different body) by two models in "Too Late." For a bit, The Weeknd also made a few public appearances with his face wrapped up in bandages. Now we know why, in terrifying and surreal detail.

In the video, The Weeknd 2.0 performs in front of a masked crowd during what looks to be an award ceremony; at one point he clutches a gold trophy and throws it to the side as he sings: "Yeah I broke your heart like someone did to mine, and now you won't love me for a second time." With The Weeknd having been completely shut out of the 2021 Grammy nominations, it's not hard to interpret the moment as a bitter message to the Recording Academy. Or, at the very least, a general critique on the need for award institutions in the first place.

"The Grammys remain corrupt. You owe me, my fans and the industry transparency..." he tweeted shortly after the nominations were announced. Though it's unlikely he'll be getting that, at least he can hopefully now get some closure.