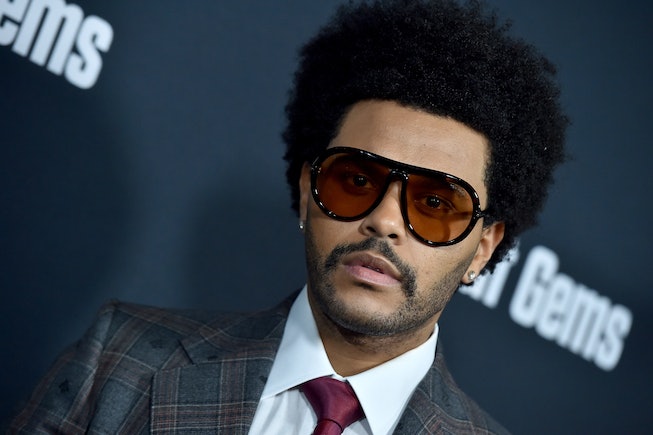 The Weeknd's croon is distinct and alluring in any language. Case in point: the "Hawái" remix. The Weeknd teamed up with Maluma on the single's remix and its accompanying, steamy music video where he flexes his Spanish vocals for the first time.

"Háwai" is the lead single off Maluma's fifth studio album, Papi Juancho, which was released this past August. The music video follows the song's tale of breaking up in the age of posting: You may be heartbroken and depressed as hell, but your Instagram is telling a wildly different story. The Weeknd sings about love and commitment at a club while dressed like Howie from Uncut Gems (it's the glasses and the leather blazer, don't act like you don't see it) while Maluma mopes around thinking of lost love. If you contact your ex after listening to this, that's on you.

Maluma, who has long been a fan of The Weeknd's work, is pleased with the final product. “It's crazy how, how we're mixing our cultures, how we're mixing languages, how we're mixing rhythms, instrumentals,” he said to Apple Music's Zane Lowe. “And that's what is happening. Now we can say that the music is actually universal right now. There's no language barrier. There is no rhythm barriers. All these things are happening, they're happening, very organic, very natural. And we can see it.”