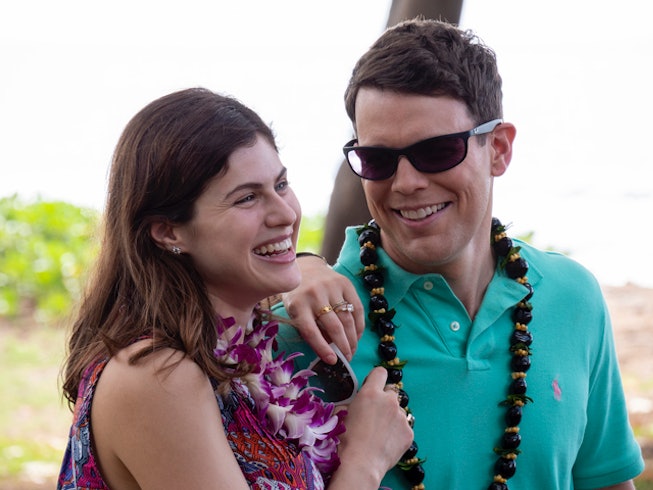 Warning: spoilers ahead for The White Lotus

In just six, crisp one-hour episodes, HBOMax’s The White Lotus swept in and took the show of the summer mantle. Mike White’s dramedy about a hotel in Hawaii and the interactions between its needy guests and overworked employees served up both workplace comedy, prestige drama, and whodunnit mystery all in one.

From Jennifer Coolidge’s brilliant performance as the off-kilter Tanya, vacationing alone as she prepares to scatter her mother’s ashes, to Jake Lacy as the insufferably entitled Shane Patton on honeymoon with his timid bride Rachel (Alexandra Daddario), to Connie Britton as the CEO mother of privileged teens Quinn (Fred Hechinger) and Olivia (Sydney Sweeney), who brings along friend Paula (Brittany O’Grady), the visitors at The White Lotus are complex, self-obsessed and working out their demons by the hotel pool. The employees, meanwhile — from Natasha Rothwell’s steadfast (and ultimately and predictably, spurned) spa worker Belinda, to Murray Bartlett’s off-the-wagon hotel manager Armond, to the tragically fated Kai (Kekoa Scott Kekumano) — are just trying to get by in a world of demands, broken promises, and unfair consequences.

The ensemble cast is what brings White’s writing to life, and as the series’ first season wrapped up with its highly anticipated finale, viewers took to meme-ing to process their feelings about the show’s end. Below, a collection of some of the best as we wait for season two.

Armond went out in a blaze of drug-fueled glory, and we wanted him to take us with him.

But really, justice for Belinda.

And for everyone except the damn hotel guests.