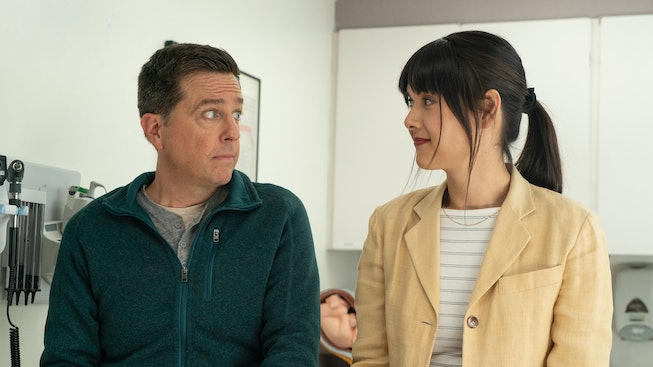 Following its successful Sundance debut, Bleecker Street’s Together Together is on track to be one of the most heartwarming comedies of the year. The Nikole Beckwith-directed film follows directionless 26-year-old Anna (Shrill’s Patti Harrison, in a breakout role showcasing her serious comedic chops) as she becomes a surrogate for the lonely 40-something Matt (The Hangover’s Ed Helms), who has decided to father a child by himself.

Below, watch an exclusive clip from the film, in which Harrison and Helms sum up the nature of their unconventional yet symbiotic relationship over the simple act of ordering a meal:

Together Together is in theaters April 23 and on streaming May 11, 2021. Watch the full trailer below: