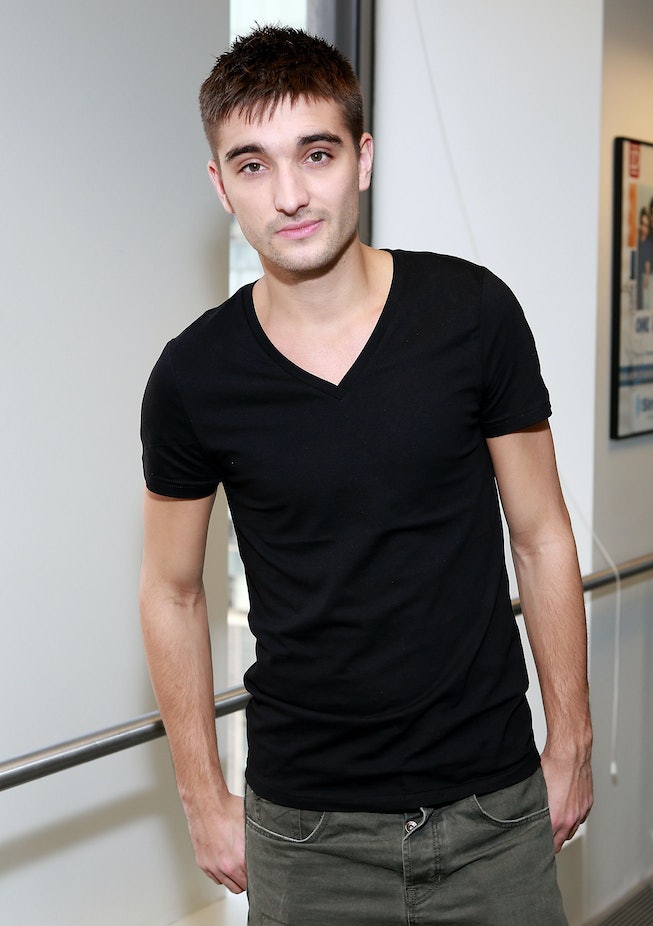 Tom Parker, the English singer and member of The Wanted, tragically passed away this afternoon at just 33 years old. Parker was diagnosed with an inoperable brain tumor two years ago, and is survived by his wife Kelsey Hardwick and their two young children.

Kelsey confirmed the news today, and said, “It is with the heaviest of hearts that we confirm Tom passed away peacefully earlier today with all of his family by his side. Our hearts are broken. Tom was the centre of our worlds and we can’t imagine life without his infectious smile and energetic presence.”

“We are truly thankful for the outpouring of love and support and ask that we all unite to ensure Tom’s light continues to shine for his beautiful children,” she continued. “Thank you to everyone who has supported in his care throughout, he fought until the very end. I’m forever proud of you.”

According to CNN Parker was diagnosed with stage four glioblastoma, which is a particularly difficult brain tumor to treat, in 2020. The medical condition was reportedly confirmed by Parker's doctors after he endured two seizures.

At the height of his career Parker was a member of the boy-band The Wanted, which also featured singers’ Max George, Sivia Kaneswaran, Jay McGuiness, and Nathan Sykes. The group originated in 2009, and was promptly signed to Mercury Records. While there, they released the popular singles “Glad You Came,” and “Rule The World.” Scooter Braun was the band's manager during their five year run, and in 2013 the group had a brief E! reality show called The Wanted Life. After the band split, Parker pursued his own solo career.

Parker's former band mates posted a tribute to the late singer as well, on Instagram. “Max, Jay, Siva, Nathan and the whole Wanted family are devastated by the tragic and premature loss of our bandmate Tom Parker who passed away peacefully at lunchtime today surrounded by his family and band mates,” they wrote. “Tom was an amazing husband to Kelsey, and father to Aurelia and Bodhi. He was our brother, words can’t express the loss and sadness we feel. Always and forever in our hearts.”