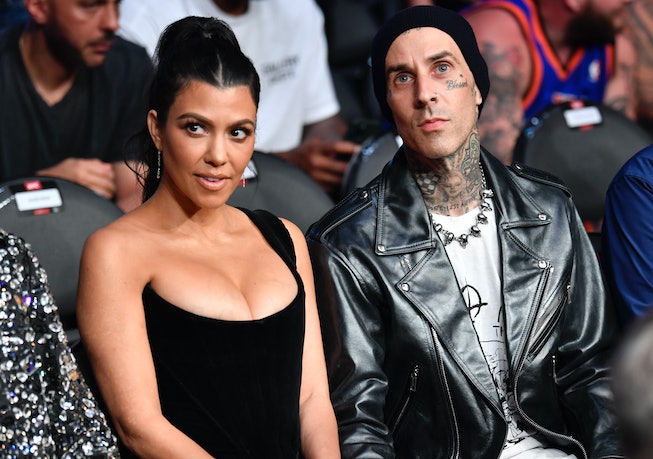 Travis Barker, drummer from Blink-182 and godfather to the current pop-punk renaissance, flew for the first time yesterday with his girlfriend, Kourtney Kardashian, after surviving a deadly plane crash in 2008. The tragic incident killed four passengers, including Barker’s security guard, Charles Still, his assistant Chris Baker, and the two pilots.

The accident left Barker critically injured, with third degree burns covering 65% of his body. At the time he told ABC news, “I stayed in burn centers for, like, the next four months.” After receiving numerous skin grafts the father of two healed, but his mental health declined.

According to CNN Barker contemplated ending his life during treatment, but claims that his children's love pulled him out of a dark place. Despite his miraculous recovery, he swore off flying until recently.

TMZ snapped photos of the couple, who reportedly took Kylie Jenner’s private jet from Los Angeles to Cabo for a quick vacation.

Despite his reasonable fear of planes, Barker tweeted “I might fly again,” in June. Now that he’s taken the leap, where might he head next?