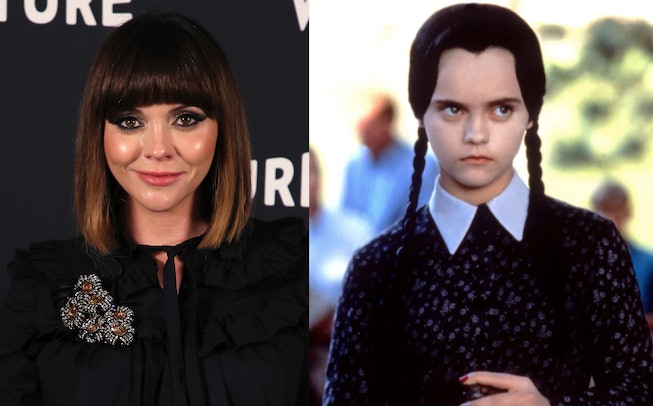 Creepy, kooky, mysterious, and spooky — just a few words that come to mind when we heard that twee-horror director Tim Burton is creating a live action series centered around Wednesday Addams, pop goth icon of the ages. Now it’s been announced that Christina Ricci, who played Wednesdays in both The Addams Family in 1991 and Addams Family Values in 1993, has also signed on for the eight episode series.

Titled Wednesday, the coming-of-age comedy will be written by Smallville creators Al Gough and Miles Millar and marks the first time the character has been given a solo vehicle. Scream queen Jenna Ortega will play Wednesday, with Catherine Zeta-Jones signed on as her mother, Morticia Addams, and Luis Guzmán as father Gomez. No word yet on Ricci’s role, except that she will not be playing an older version of Wednesday.

According to Deadline, the show will be a "sleuthing, supernaturally infused mystery charting Wednesday Addams’ years as a student at Nevermore Academy. That’s where she attempts to master her emerging psychic ability, thwart a monstrous killing spree that has terrorized the local town, and solve the supernatural mystery that embroiled her parents 25 years ago — all while navigating her new and very tangled relationships."

The titular role is yet to be cast, but there are already big Mary Jane platforms to fill; Christina Ricci played Wednesday in both The Addams Family in 1991 and Addams Family Values in 1993, cementing the only Addams' daughter place in the culture forever.