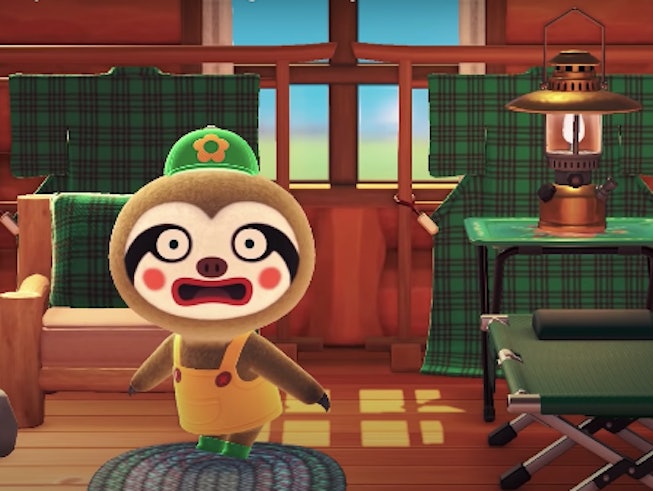 Wes Anderson, the king of all things twee, has met his match with Animal Crossing: New Horizons. The wildly popular Nintendo Switch release dropped back in March and has since taken tweedom to new levels, giving players free reign to live out their cutest fantasy island lives. Naturally, Anderson's filmography and the video game complement each other perfectly, as evidenced by a fan-made trailer that reimagines if Anderson's 2012 hit Moonrise Kingdom swapped out its A-list Hollywood cast in favor of adorable Animal Crossing villagers.

The trailer doesn't deviate far from the source material — an animated Sam and Suzy have fallen in love and decided to run away, leaving the adults in their lives scrambling to locate them. The trailer makes good use of the game's features, with customized letters, fireworks, and set design and wardrobe choices that mimic the film to a tee. You may not have Anderson's go-to actors like Billy Murray, Tilda Swinton, or Edward Norton, but you do have Animal Crossing favorites like the horticulture expert Leif and the mummified dog Lucky, the latter of course wearing a beret for extreme Moonrise Kingdom accuracy.

Watch the trailer below, and then compare it to the actual Moonrise Kingdom trailer to fully grasp how immaculately the fan trailer turned out.