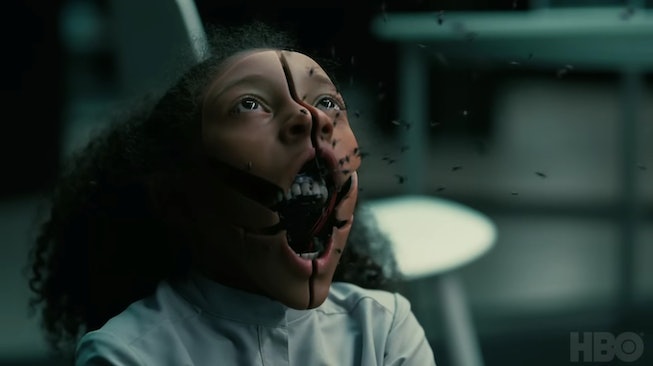 After a two-year hiatus, Westworld is back, and with a new special guest. Oscar-winner Ariana DeBose is set to join the cast for season four of HBO’s hit dystopian series.

Westworld, the television series, was adapted from a ‘70s film of the same name written by Michael Crichton. The show explores “the fate of a sentient life on earth,” after humans are given the option to live out their wildest fantasies in a virtual wild-west themed amusement park.

Following its premiere in 2016, the series garnered a loyal fanbase thanks to its riveting plots and cliffhangers. Season three left viewers with more questions than answers — like the fate of Man in Black, who may or may not still be alive — and the next set of episodes seems to pick up right where it left off if the ominous season four trailer is any indication.

Keep reading for everything NYLON knows about season four of Westworld.

HBO released the first official trailer for Westworld’s latest season on Tuesday, May 10. From the looks of things, Westworld will continue to jump between real life and the constructed western-universe as the cast tries to find their footing in both of the dangerous worlds. Ominous music plays throughout the entire two-minute sneak peek which is filled with bloody confrontations, eerie stares into the distance, and, of course, more dystopian inventions.

Watch the teaser for yourself, below.

The next chapter of Westworld airs on Sunday, June 26th at 9:00 pm Eastern/Pacific on HBO. The season will include eight episodes, which will all be available to stream on HBO max.

Most of the original cast is returning

Not much is known about Debose’s new role, but she is a confirmed “recurring guest star” for the show’s new season according to Deadline. Although the details of her character are still under wraps, the actress has already begun celebrating her involvement in the series. Teasing her involvement on Instagram, Debose posted a snapshot of herself from the series' new trailer and wrote, “You guessed it 😉 #WestWorldSeason4 #WestWorldHBO.”