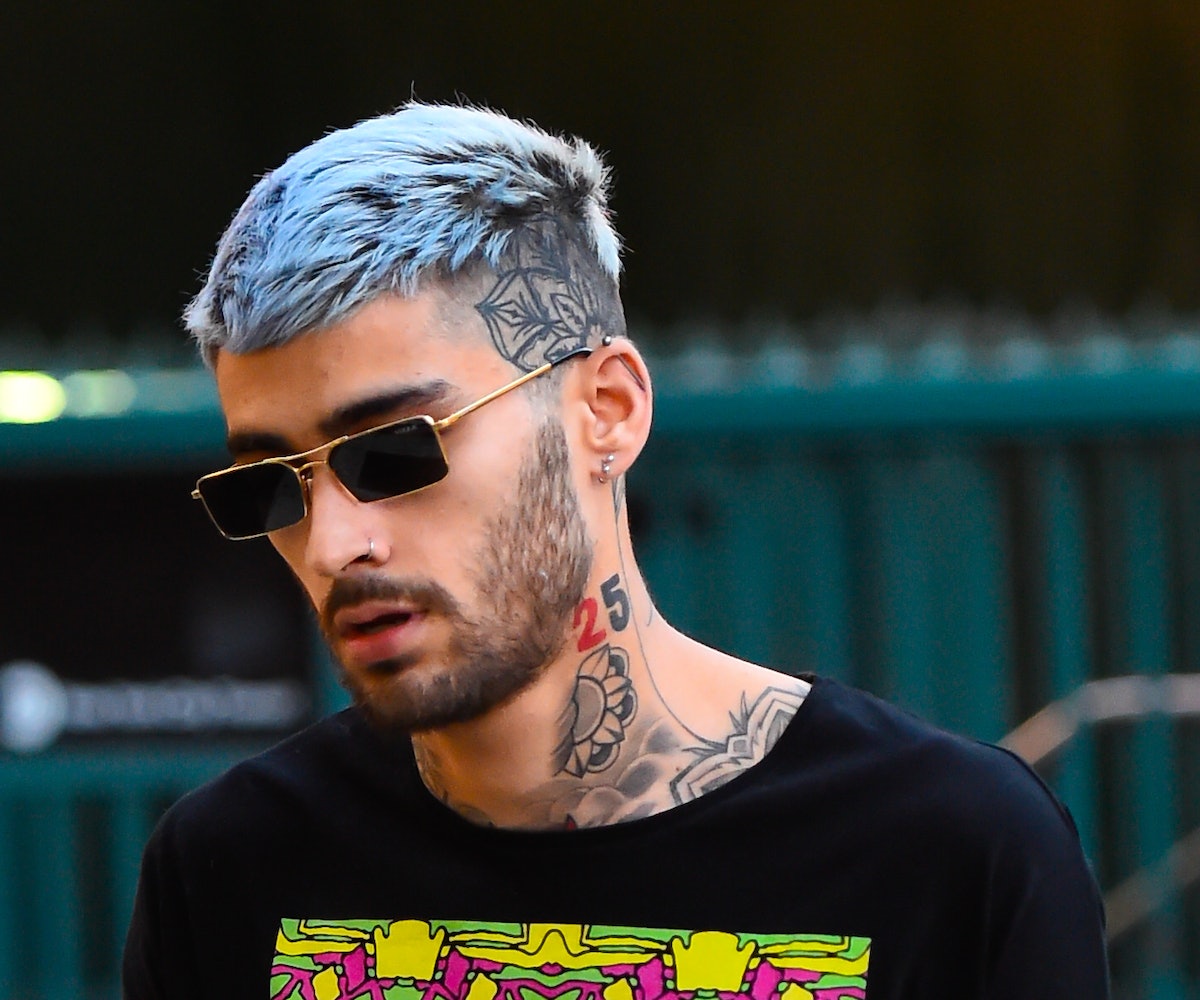 It's been a monumental week for ZAYN, who not only welcomed a baby girl with girlfriend Gigi Hadid, but also shared his first song and video in over two years — more content than his fans have gotten in quite a while.

The normally reclusive star and former One Direction member shared "Better" on Friday, a trim, R&B inflected track that centers around the complex feelings of leaving someone you love. The track is the first single off of a forthcoming, currently untitled third studio album, his first project since Icarus Falls, his massive, 29-track record from 2017, and what will be his "most personal project to date," according to a press release.

The pop star teamed up with director Ryan Hope for the song's simple and straightforward video which finds Zayn getting ready for the day in his bedroom — it opens with him shirtless, naturally — as a team of suited outsiders listen in and watch him from an undisclosed location.

Though Zayn and Gigi have surely reconciled their differences, the couple has had a rocky past, and it's not hard to speculate that "Better" was written during a time when their relationship was on the outs. The song, which was co-written by Zayn, opens with this fairly devastating observation: "Hope I only leave good vibes on your living room floor/ It hurts so bad that I didn't went and ask for more/ Your dad probably loves me more than he ever did now/ 'Cause I finally got out/ Yeah, we're finally knocked down."

Since releasing Icarus Falls, the pop star appeared on a few collaborative singles, like 2019's "Trampoline" with SHAED, as well as on Disney's live action Aladdin film soundtrack, singing "A Whole New World" with Zhavia Ward. His debut album Mind of Mine came out in 2016.