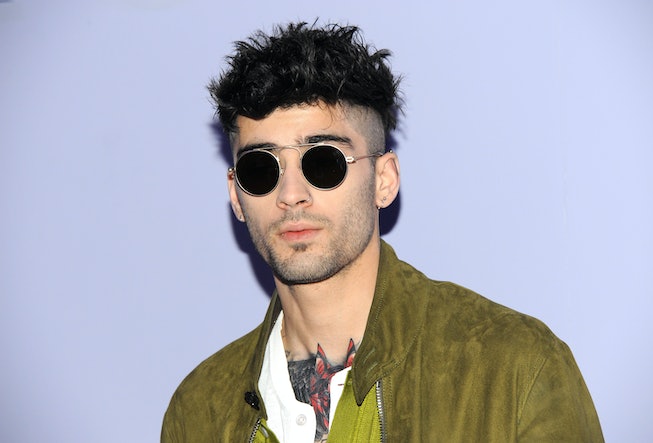 Zayn is kissing his low-profile days goodbye as he bravely does the unimaginable — embark on a new album cycle. The pop star teased new music for the first time this year with a funky and blissed out clip of an upcoming song, the optimistically titled "Better."

The 14 second clip keeps the mystery factor on high. The camera lingers on a record player over here, you get a glimpse of a shirtless Zayn behind a sliding glass door over there, and that's pretty much it. Thankfully, the wait to hear "Better" isn't a long one and Zayn will be dropping the track and its accompanying video on September 25.

The new song is most likely a single for a forthcoming record, a follow-up up to Zayn's 2018 release Icarus Falls. Since then, the singer has kept out of the spotlight, save for the pretty major announcement that he was having a baby with model and girlfriend Gigi Hadid. The pregnancy was confirmed by Hadid herself on the Tonight Show back in April.

"Obviously, we wish we could have announced it on our own terms," she said, addressing the rumors that erupted online. "We're very excited and happy and grateful for everyone's well wishes and support."