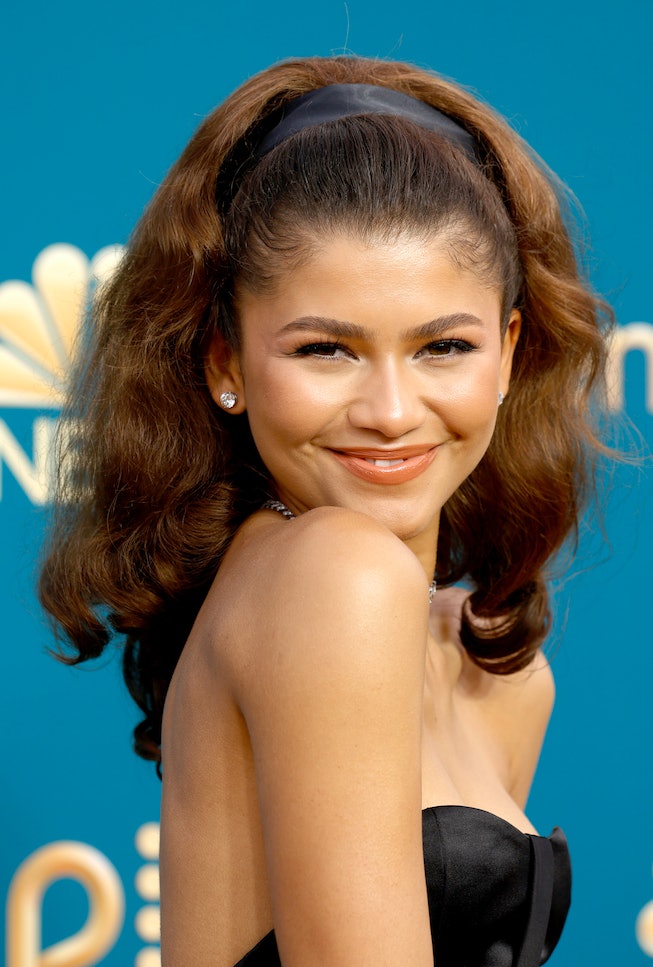 Zendaya has won an Emmy for her portrayal of Rue on HBO’s Euphoria Season 2. This is Zendaya’s second Emmy, making her the youngest two-time acting winner. She’s also the first Black woman to win the Outstanding Lead Actress in a Drama Series Emmy twice.

In her acceptance speech, Zendaya, wearing a full-length black Valentino gown, thanked the cast and crew of Euphoria, including creator Sam Levinson, whom she thanked for believing in her when she didn’t believe in herself. She also said: “My greatest wish for Euphoria was that it could help heal people. I just want to thank everyone who shared their story with me. Anyone who has loved a Rue, or feels like the are a Rue, I am so gratefuly for your stories, and I carry them with me, and I carry them with her.”

Production for Euphoria season three starts in 2023, with the series airing the following year.

NEXT UP
culture
Anna Delvey Is Getting A Reality TV Show
A Night Out
A Night Out With Rachel Bilson
Culture
Phoebe Dynevor Will Not Return for Bridgerton Season 3
Culture
6 Shows To Binge Once You've Finished 'The White Lotus'
Style + Culture, delivered straight to your inbox.