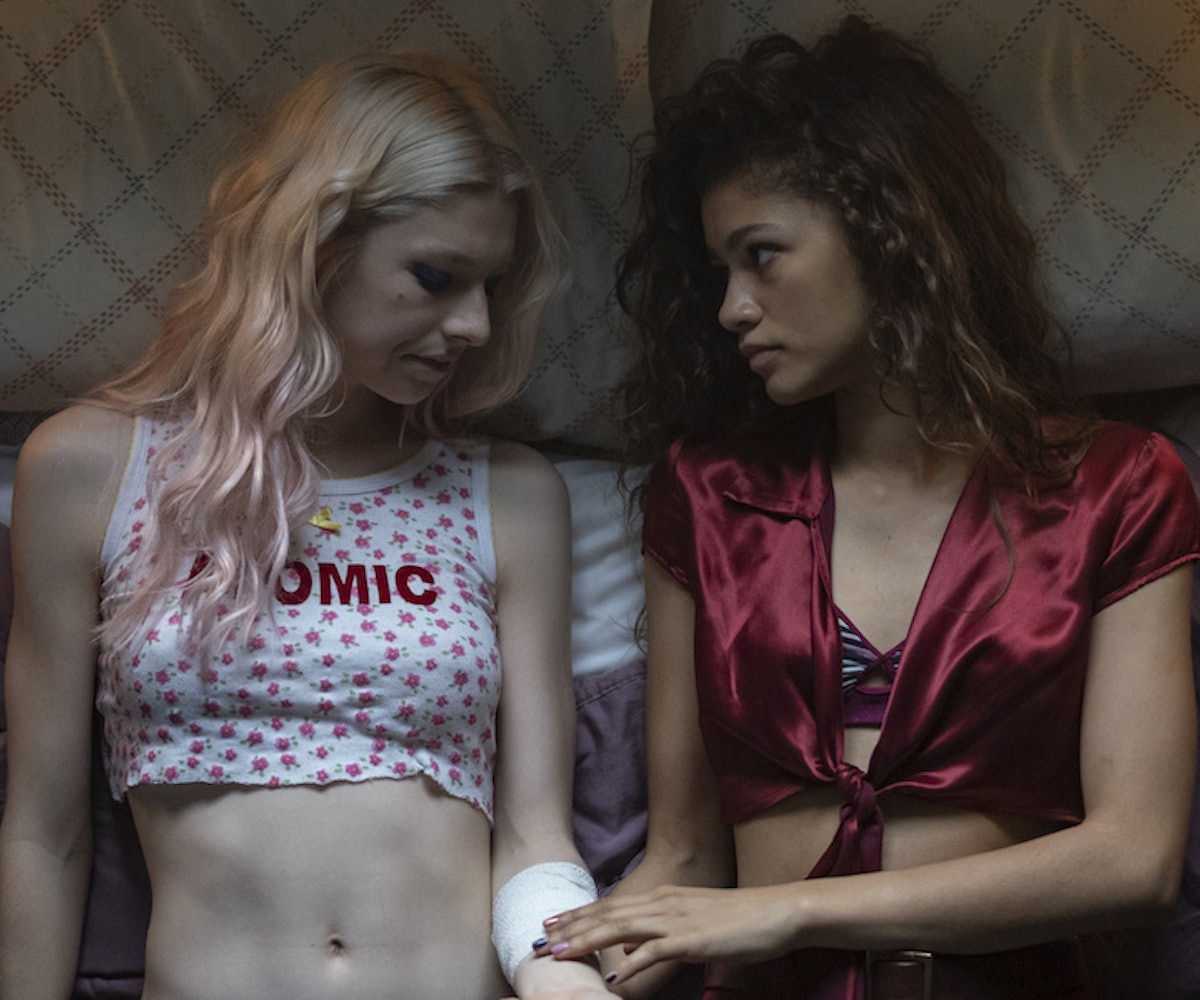 On Friday, HBO announced that Euphoria Season 2 will be landing sometime in 2020. This means the new year will be full of more glitter, more nudity, and more tough conversations to be had about mental health and growing up. At the close of last season, viewers were left with endless questions about the fate of their favorite characters, and luckily it seems they won't have to wait much longer to get a few answers — and maybe a little bit of closure.

There's no actual information about when we'll see it hit screens, only that it will be in 2020, given that it appeared in an HBO sizzle reel of shows renewed for next season. Programming executive vice president Francesca Orsi shared in a press release: "Euphoria creator Sam Levinson has built an incredible world with an extraordinary cast led by the supremely talented Zendaya. We are so grateful that he chose HBO as the home for this groundbreaking series." She added, "We look forward to following these complex characters as their journeys continue through the challenging world they inhabit."

The statement offers little in the way of comfort over whether our favorite characters have lived to see a second season. At the end of Season 1, it is unclear if beloved Fezco (Angus Cloud) and Rue (Zendaya) have died; HBO steers clear of listing *any* cast members involved in Season 2, so until more information or footage is released, we'll be holding our breath.