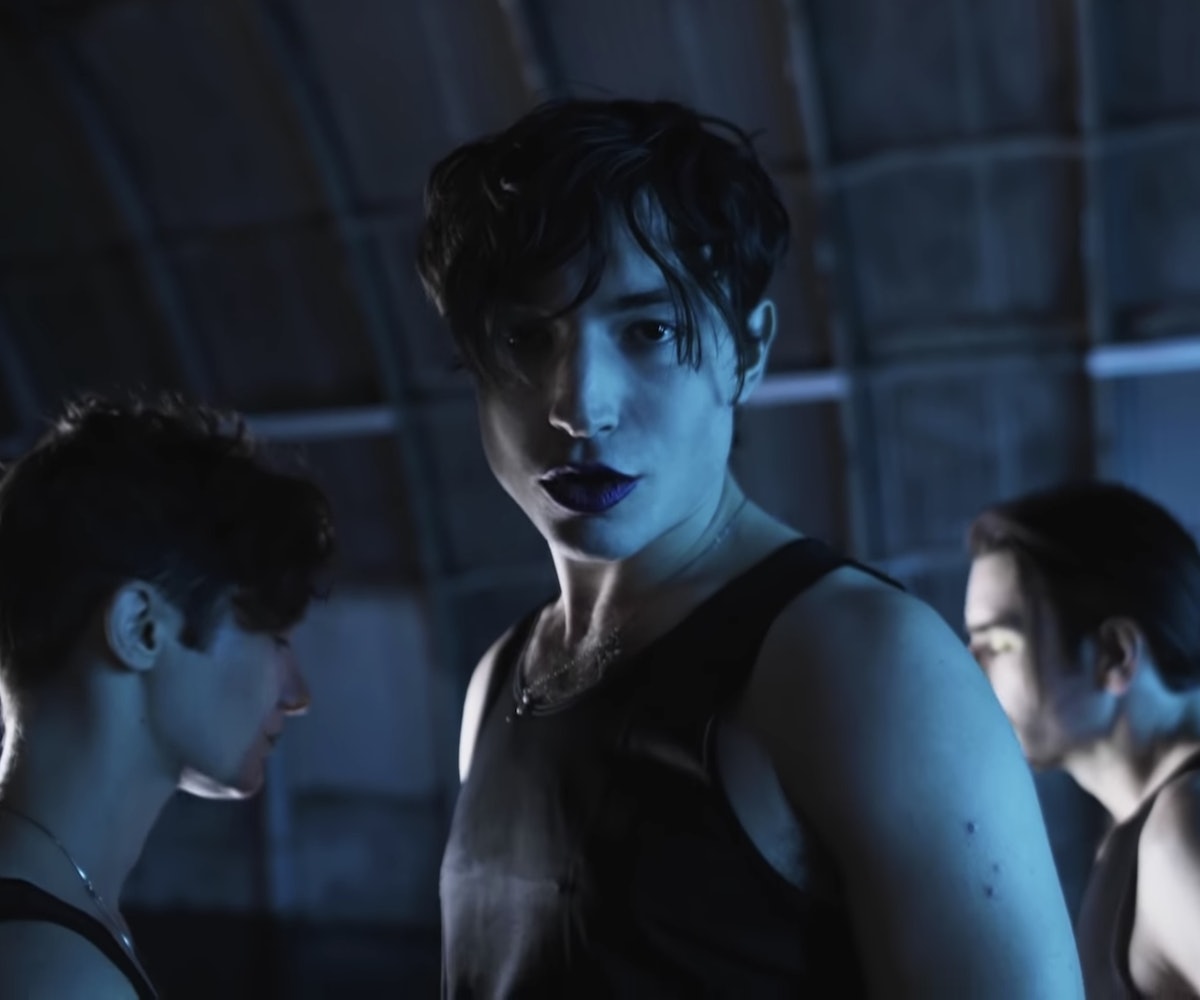 Ezra Miller really came for us with his band's just-released cover of "Don't Cha" by The Pussycat Dolls, in which Sons of an Illustrious Father offer a queer reimagining of the hyper-sexualized '00s anthem.

Miller starts off the vocals in his raspy falsetto, with background singers chiming in slightly off the original key—just enough to put listeners on edge. The visual is lit only by a handful of neon lights and set in an abandoned warehouse, which definitely lends itself to the spooky-sexy dichotomy. Eventually, a slew of dancers join in for a choreographed routine that is reminiscent of the original, though in enough of a different tempo to feel truly bizarre.

Per Another Man, Sons of an Illustrious Father, who describe their sound as "genre-queer," were fans of the original track—but their fandom was complicated. Band member Lilah Larson described it as "very destructive, dated, distinctly heterosexual male perspective on women and discourses of desire," and that by covering it, they were attempting to "ridicule and invert that mentality, while also absolutely celebrating the genuine pleasure possible in being an object of desire."

Watch Sons of an Illustrious Father cover "Don't Cha" below.