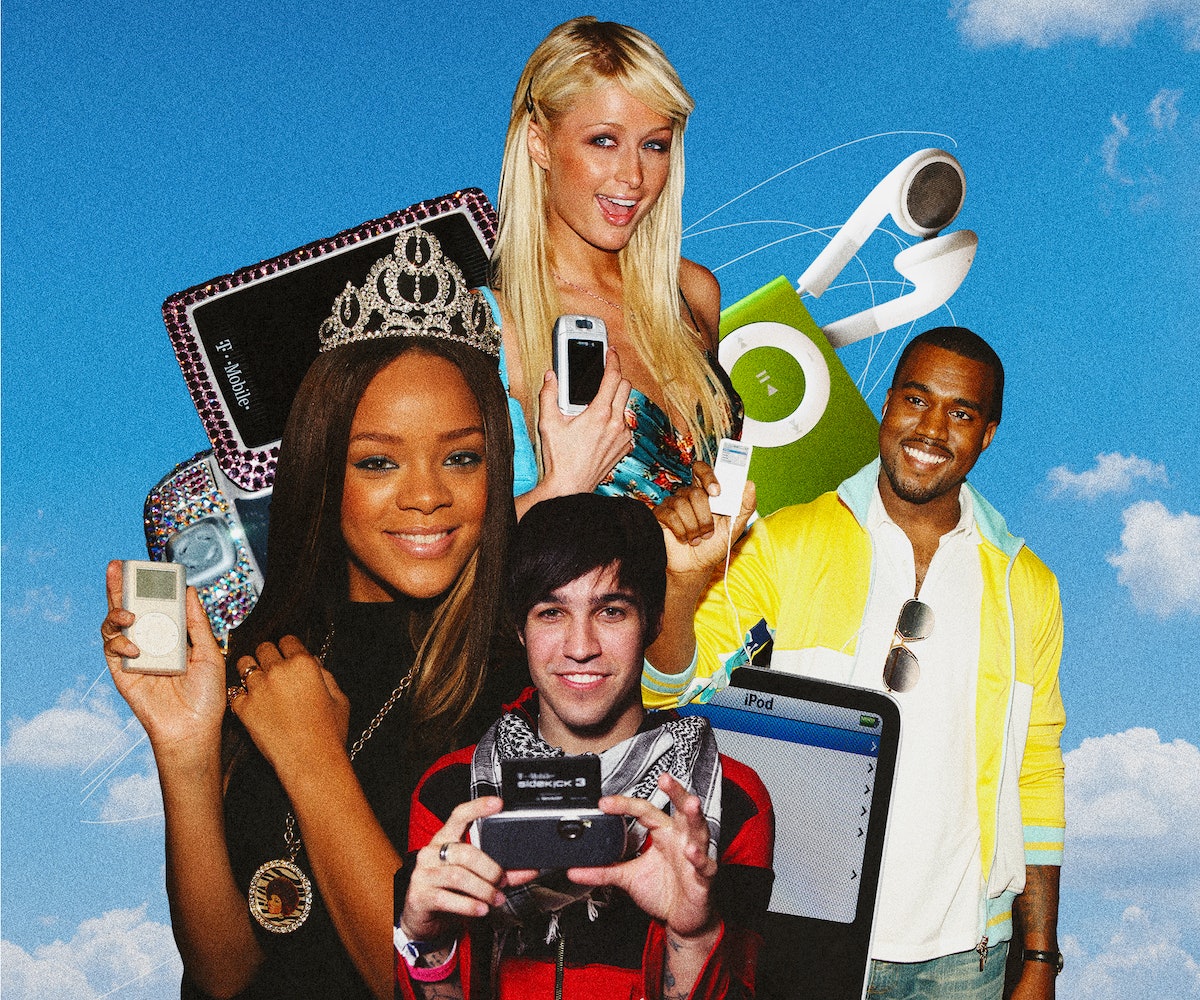 Myra Magdalen films every single one of her TikTok videos against a wall of old keyboards in her bathroom.

“I was thrifting with my mom, maybe even a year ago now, and I saw a big cardboard box filled with just dusty keyboards. And my first thought was like, I need to put all of these up on a wall,” says Magdalen, the 25-year-old artist and designer from Alabama who blew up on the short-form video-sharing platform just last year.

After getting a TikTok at the start of the pandemic for the same reasons everyone else did (curiosity and boredom), she started dreaming up outfits made from pieces found in the same technology graveyards. Slowly, this led to her working with different types of old-school gadgets and inanimate objects for her #GRWM videos — a CD was remixed into a necklace; an old white keyboard transformed into a crop top; wired headphones were used to style her hair; and more.

Trend researcher and TikTok creator Agustina Panzoni (@thealgorythm) indicates that the idea of wearing objects and items “the wrong way” is on the rise with what she calls “sculptural styling.” Trending primarily on TikTok, creators have been experimenting with creating weird, misshapen silhouettes using pieces in their closets but styling them in an unexpected shape.

“It comes as a response to the ubiquity of fast fashion’s designs, giving style enthusiasts an exclusive alternative,” says Panzoni. “This shift has the potential to change what we consider clothing.”

Magdalen’s style could be interpreted as sculptural in its own right; the creator attaches inanimate objects to jackets, skirts, and other garments in her closet, elevating a regular outfit into an art piece. But instead of using soft, or “thneed-like” pieces, she works in actual hard objects and vintage tech products. One of her most recent looks include her bedazzling her outfit with purple and blue book lights.

“I grew up in the early 2000s, so a lot of the stuff has a nostalgic factor,” adds Magdalen, who finds almost all of her accessories and outfit elements at local thrift stores in her hometown.

As things like traditional TV remotes, clicky keyboards, bulky desktop computers, and CDs are slowly becoming more and more obsolete (even the end of the BlackBerry has finally come), these items may begin to be viewed as a more aesthetically cool alternative to the hyper-modern tech of today. Along with that, those throwback objects are considered cultural symbols that associate with a simpler time. Closing a flip phone at the end of a call, the effortless look of wearing wired headphones, and typing up a text with an actual, tangible keyboard are some of the nostalgic feelings that come from early-2000s tech.

“I think back to how people who identified with hipster culture bought typewriters as a response against blogging and Tumblr,” says Panzoni. “However, this didn’t mean we were suddenly sending typewritten letters and reading typewritten journals … we still sent text messages and read blogs. In fact, typewriters were used in an aesthetic sense for content creation.”

While not in full swing yet, Y2K tech may have a similar rebirth. One generation’s junk drawer is another generation’s source of inspiration. This past December, when smaller TikToker Kira Vaden (@sailorkiki) posted a video of her using iPod shuffles as hair clips, her comment section was in an uproar with everything from people insulting her for incorrectly calling it an “iPod Nano” to people reveling in the creativity.

“An emphasis on tactility is also seen in tech trends,” says Panzoni. “Gen-Zers are gravitating towards analog technology and wired headphones; iPods, flip phones, and vintage keyboards are trending.”

Similar to Magdalen, Vaden was drawn to the device due to a mix of childhood nostalgia and present-day desire to make a fashion statement. But ultimately, what inspired her to buy a used iPod shuffle from eBay was the wearability that she loved from when she was a kid, and the gadget’s easy five-button design.

“Of course we’re moving forward in tech, but I feel like we’re lacking the simplicity that makes a lot of these things nice from back in the day,” says the 23-year-old.

Playing with style on TikTok is one thing, but while Magdalen’s style teeters between fashion and sculpture, her outfits don’t only exist within the confines of her keyboard-covered bathroom. Among many other comments, one of her most common questions on her videos (as well as other experimental style creators) is “Do you ever wear these out?”

“I’ll say this,” says Magdalen, who has amassed over 155,000 curious followers since starting her account. “There hasn’t been a single outfit that I’ve styled that I wouldn't wear out. And I have worn several of them out.”

That’s ultimately the question: Is this a whisper of an oncoming aesthetic that will have a blend of avant apocalypse, ‘60s space age, and even Y2K? Or is it just experimental styling that will be acquired by some but maybe will trickle down to the mainstream in different ways?

Whether some may call Magdalen’s style experimental or not, it could be the sign that technology — outdated or otherwise — might be a way to make a fashion statement simply because it’s so readily available. The whole idea of what is considered “vintage” has changed, so much so that something as simple as a pink Motorola Razr could bring a sense of comfort to a highly digitized world, while still harkening back to a bubble-gum pink, cyber Y2K aesthetic.

“I think our interest in ‘dumb’ technology comes as a response to the omnipresence of the internet and social media,” says Panzoni. “In times when social media companies are literally trying to figure out how to make you spend almost the entirety of your day immersed within them, it makes sense we are trying to embrace technology that takes us to simpler times, away from social media.”

NEXT UP
Fashion
The Mini Skirt Was The Must-Have Celebrity Fashion Item Of 2022
Culture
Gucci’s Alessandro Michele Era Is Officially Over
Culture
Lindsay Lohan’s New Style Era Is Sweet Redemption
Culture
On The List (With Melissa Rich): Is The Party Venue Recession Upon Us?