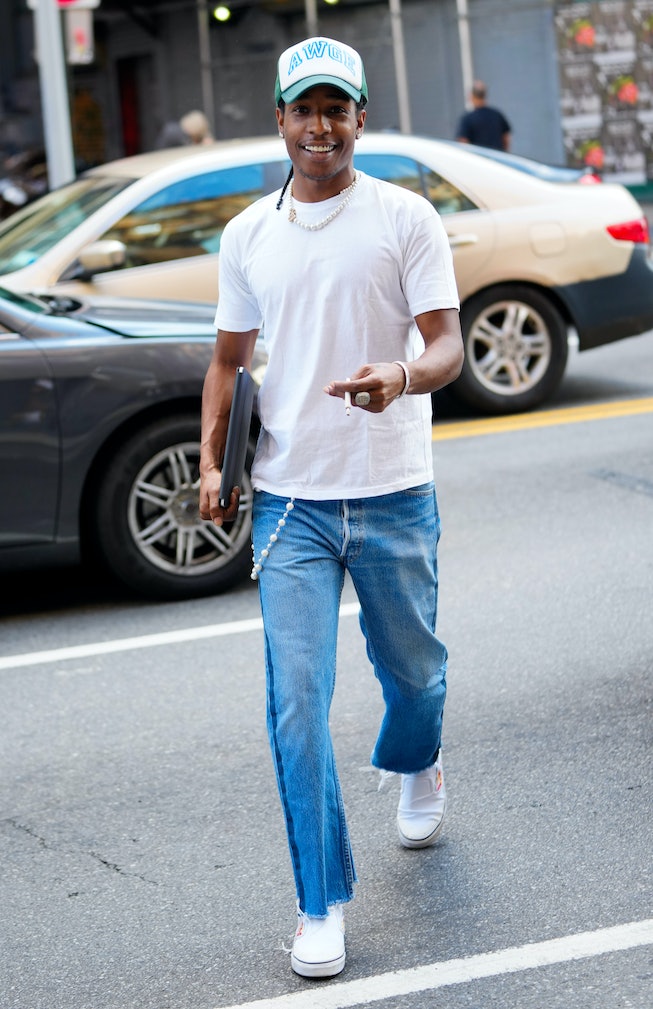 A$AP Rocky, self-proclaimed fashion killa, is now Pacsun’s first-ever guest artistic director. The news was officially announced on Thursday and the partnership will have Rocky overseeing some of the Cali-based retailer’s biggest fashion releases, from designer collaborations and brand campaigns to in-store launches and some of his own special drops. His new role will take place for 18 months.

“This partnership is special to me because it's a collaboration that combines my roots, A$AP Worldwide, and some of the most respected heritage brands that have roots in both the sportswear and lifestyle worlds,” said Rocky in an official statement. “Together with Pacsun, we will be releasing several limited-edition collections that are both nostalgic and forward at the same time.”

Rocky has had his hand in fashion since the start of his designer-name-dropping rap career, acquiring collabs with Guess, JW Anderson, Under Armour, and more, as well as starring in campaigns and sitting front row at runway shows. In 2021, however, he seems to doubling down on his style-focused gigs, as he most recently teamed up with footwear designer Amina Muaddi and joined fintech-meets-retail giant Klarna as an investor. Perhaps his pivot was inspired by his now-public girlfriend (and fellow style icon) Rihanna?

The first release from Rocky will be a collection with Vans comprised of three styles of the brand’s Old Skool silhouette. He hinted at the collab in his GQ June/July 2021 cover story and recently gave a sneak peek of the shoe, featuring embroidered flames, at the end of June, which is already garnering buzz among sneaker fans.