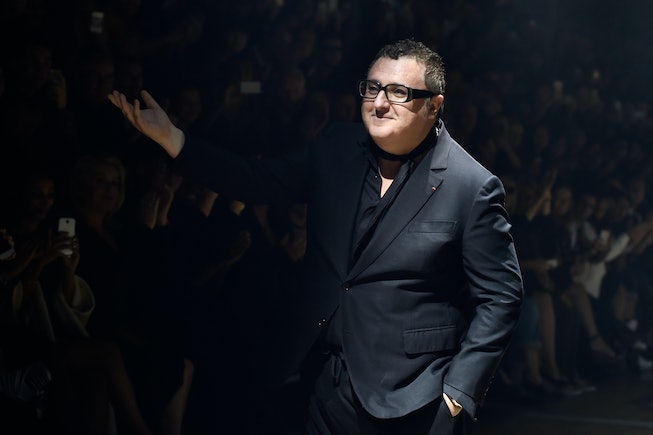 Alber Elbaz is kicking off 2021 with a new project. Back in November, Elbaz announced his new AZ Factory, a "digital luxury brand based on innovation, technology, and, above all, a place to experiment and try new ideas," revealing that he would also be showing during Paris Couture Week. Now, the brand has unveiled more details, announcing that it will make its Couture Week debut with a fashion film.

This marks Elbaz's official comeback to the fashion stage since he stepped down as creative director for Lanvin in 2015 after 14 years with the label. In October, he spoke to the The New York Times about how the AZ Factory would fit in the modern landscape of the fashion industry, seeming to take notes from brands like Telfar regarding its approach to luxury.

"We are not going to do pre-collections, collections, post-collections," he said. "It's going to be about things I believe are relevant to make. We are just beginning now. And we are beginning really, really small. I like the idea of starting small today."

Elbaz also made the deliberate decision to not center his new brand around his name, one that has been lauded in fashion for decades.

"I didn't want to call it Alber Elbaz, because it's not about me, myself and I. It's going to be about we and us. And it’s going to go from A to Z," he said, adding that "today luxury is not just about price."

AZ Factory's debut show will be live on Tuesday, Jan. 26 at 8 p.m. CET. Until then, get a glimpse of the new brand from its Instagram videos, below.