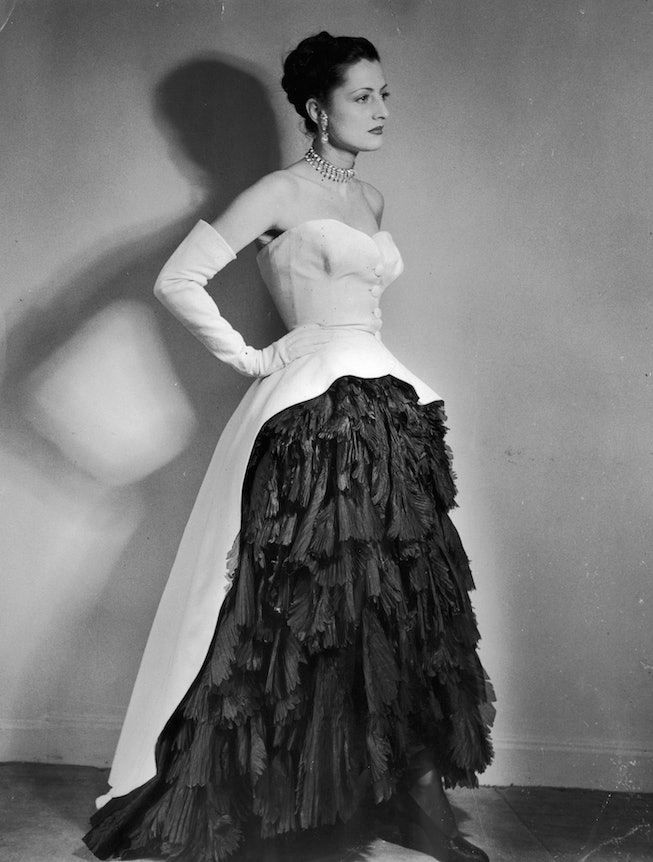 Move over, The Crown, there's a new scripted historical drama on the block. ViacomCBS has announced plans to produce a scripted television series surrounding the life of designer Cristóbal Balenciaga. The upcoming project, which is set to start production in 2021, will be the first made-for-television series about the designer, who launched his own fashion house in 1917 at the age of 22.

"I have long admired the genius of the greatest Spanish fashion designer in history," executive producer Frida Torresblanco said in an official statement. "After discovering Balenciaga's influences this triggered the implacable need to capture the life of a brave artist who intensely and relentlessly lived for his love of an aristocrat, a handsome gentleman whose life was threatened by the dangerous times he lived in. He liberated women who were restricted in their corsets, by creating a timeless, provocative and avant-garde way to live that continues to influence future generations. I couldn’t be prouder to have the support of ViacomCBS International Studios and our incredibly talented team of writers and director for this inspiring project."

The show will join a recent slew of series that focus on or were inspired by the fashion and media industry, including FX's 2018 series The Assassination of Gianni Versace: American Crime Story and an anticipated Bravo series on the rivalry between Vogue's Anna Wintour and Tina Brown, who was a former editor-in-chief of Vanity Fair.

So far the series has tapped writers Rebecca Pollock and Kat Graham, as well as Testament Of Youth director James Kent.

"There are few artists who have affected our world's material reality — its texture, color, shape and form — in the way Balenciaga has," said Kent. "His creations changed the face of fashion, and his story, until now, has only been told through his fashion designs. I am thrilled to have the challenge of pulling from this visual, aesthetic space, and Balenciaga's intense life, to share this glamorous story with the world."