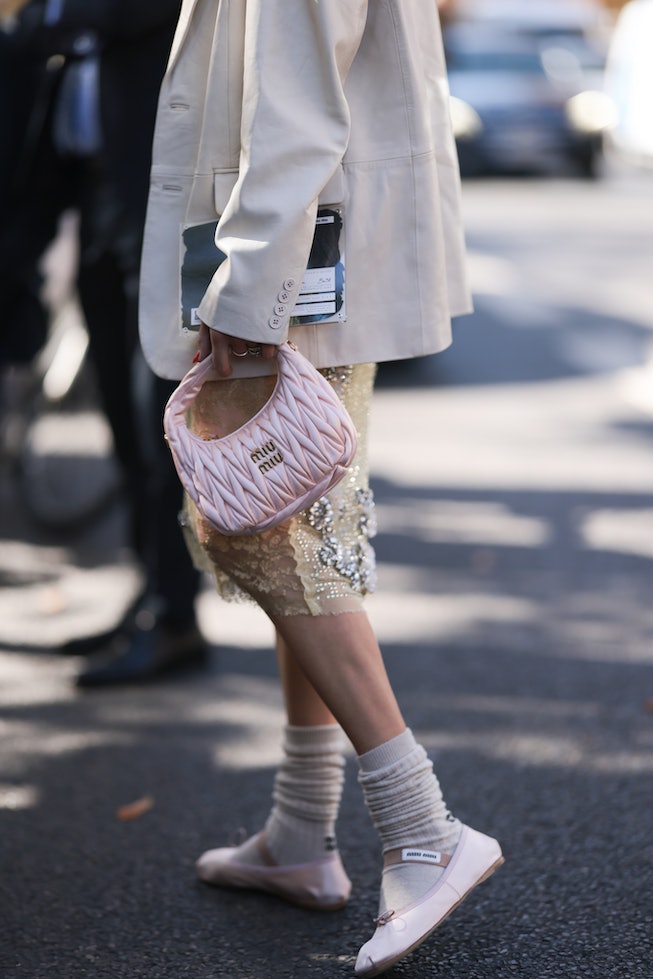 New York-based designer Sandy Liang told Harper’s Bazaar that when she released her highly anticipated ballet flats back in September, she worried they wouldn’t sell.

As it turns out, her eponymous fashion brand had the opposite problem: The $495 ballet flats, which are modeled after pointe shoes, sold out in two days. A few rogue pairs are currently available in one or two sizes tops via SSENSE; there’s at least one pair being flipped for $599 on Grailed.

Like leg warmers, the resurgence of the ballet-inspired shoes signal a return to an overall fashion vibe shift reminiscent of the ’80s, ’90s, and — you guessed it — 2000s. But it’s not like they ever really left. For a specific set of shoppers, ballet-style shoes are an eternal wardrobe staple. Miu Miu’s newest iteration of its ballet slipper, for instance, first famously appeared on the runway in 2016.

But this time feels different. These don’t just possess the ballerina quality of a flat. Liang’s shoes feature a flat toe modeled after pointe shoes. They really look like you could, if the mood struck you, stop what you’re doing and start pirouetting on the spot — but perhaps that’s something that should be left to the professionals.

There are arguments to be made against the dainty footwear, of course: The Cut specifically mentions Sarel Madzebra, who accurately reminded followers of “the feeling of a sweaty foot, your sweaty-ass heel popping out of a ballet flat in the summer” on TikTok. The mere mention conjures up a chilling (and sticky) feeling. There is something romantic, though, about slipping on a pair with some socks and living, as Liang called it, your best “New York Princess” life.

With that in mind, here are 10 pairs of ballet flats to pointe (sorry) you in the right direction this fall, that you can shop right now.

These are currently sold out but are sure to restock — you can opt to be notified when they become available again.