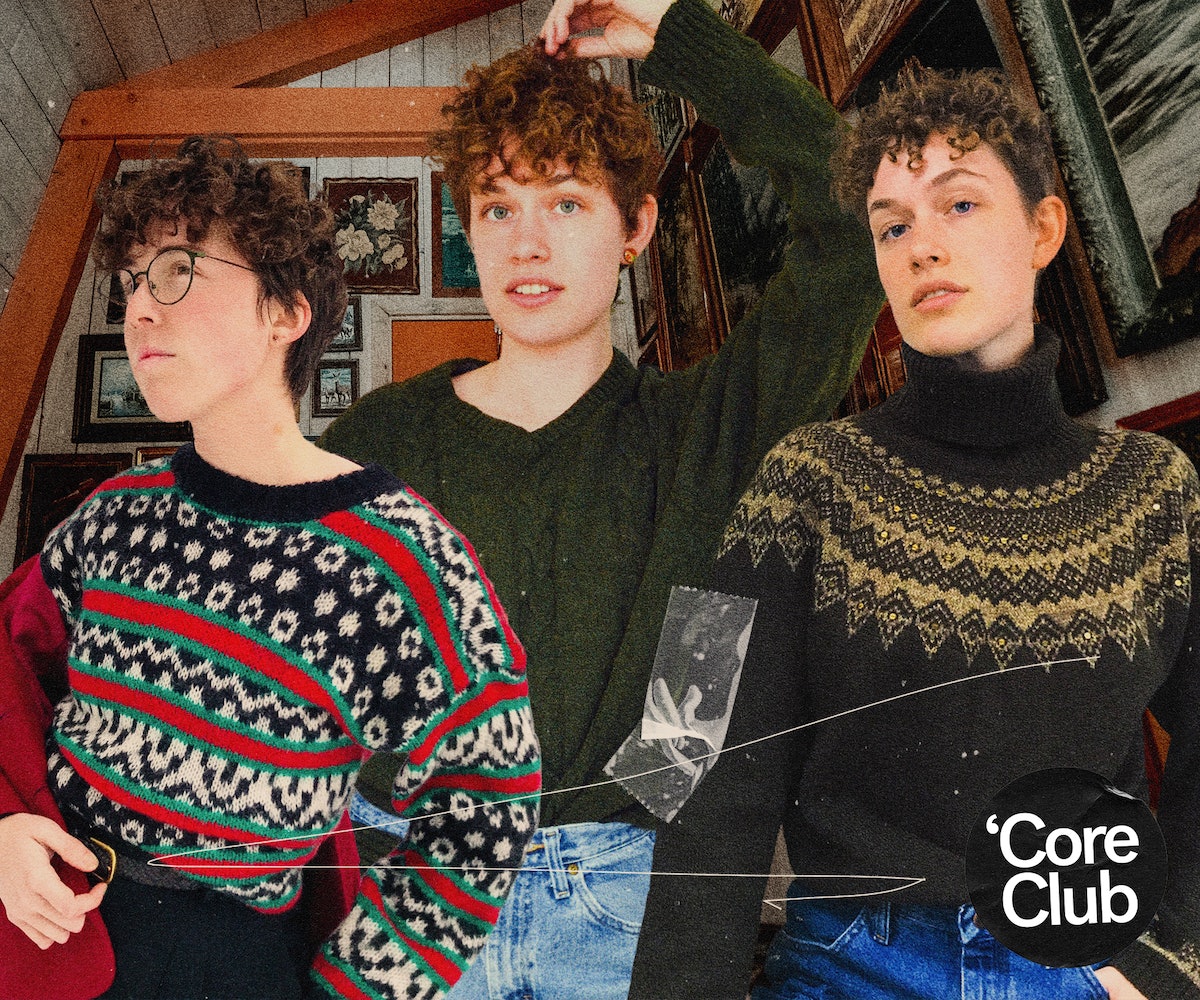 Whether it's a fashion trend on TikTok or a certain style taking over Instagram, internet aesthetics are always changing online. Our series 'Core Club breaks down the looks that you're starting to see a lot on social media and highlights the people and brands channeling it best. Next up: cabincore.

Once upon a time, there was a 2016 New Yorker article describing a Danish term for “a quality of coziness and comfortable conviviality that engenders a feeling of contentment or well-being.” Although there’s no direct translation, this “hygge” aesthetic took over America, resulting in six books on hygge to be published in 2016, followed by several cookbooks and wellness guides. We didn’t know it back then, but hygge was a foundation for the cabincore internet aesthetic.

When you think of cabincore, it evokes the feeling of blasting Fleet Foxes at full volume in your Subaru Outback while coming back from a winter hike. You drive up the gravel driveway to your A-frame cabin in the woods, hurry inside, make some hot cocoa, and warm your feetsies by the fire. You don’t usually say “feetsies,” but anything goes in a remote cabin and no one is around to hear you say it.

You might be thinking, How is cabincore different from the popular cottagecore trend? While the aesthetics have overlapping motifs, like mushroom foraging, closeness to nature, bread baking, and appreciating the little things, many define cabincore and cottagecore very differently.

Popular cottagecore Twitter personality and Gunne Sax enthusiast Sydney Hirsch says, “Cottagecore is quaint. It emphasizes comfort without emphasizing restraint. Cottagecore is living in the outskirts of a bucolic village and throwing tea parties with frogs. It’s kind of like today’s iteration of shabby chic. Honestly, I’m sure there’s a lot of overlap when it comes to cabins and cottages, but I think overall the vibe is calico fabric versus flannel. I’m not an expert as much on cabincore, but in my mind, that should be a distinction. Remember the duck phone in Jersey Shore? Cabincore.”

The easiest distinction between the two aesthetics is clothing. While cottagecore emphasizes loose-fitting dresses, embroidery, and faded colors, cabincore is warm, cozy, and practical.

“Cottagecore leans more into flower picking, pie baking, and mason jar collections, while cabincore is fireside chats, pine trees, and hot cocoa,” say Col and Ari, who run the Depop shop Heycolanda. While they sell all sorts of genderless clothing, they have clear rules on the pieces they add to the cabincore hashtag. “Cabincore is autumn's answer to the summer sensation of cottagecore. It is very much influenced by the urban areas’ take on rural and outdoorsy fashion. We are talking flannels, layering, quilted jackets, and chunky sweaters.”

Hannah Watkins, head of prints and graphics at WGSN, says the cabincore trend was driven by streetwear fans swapping the city for wilderness, turning in their hypebeast status to become a “hike beast.” Stylistically, the higher-end of cabincore fashion is known as gorpcore or “camping chic.” This trend was accelerated by Japanese brands Montbell and Snowpeak, mixing workwear and performance wear, as well as finding inspiration from fashion icons like Frank Ocean and A$AP Rocky. Even Ezra Koenig of Vampire Weekend ditched his light academia look for Tevas and down jackets when promoting the band’s 2019 album Father of the Bride. Sites like GQ and Grailed have also started creating listicles to promote fashionable outdoor gear.

This gorpcore and stylish-for-the-outdoors trend reached its height just before the pandemic but has now morphed into a subculture on its own due to a culmination of 2020 factors. Gina Valente, cabin social media manager and creator of the Instagram account @moodycabingirl, attributes the recent popularity of cabincore to three things: social media, cabin rental accessibility, and (blah) COVID.

“Cabin pages, in particular, flourished because people are drawn to images of cozy spaces that seem attainable,” Valente tells NYLON. “Anyone can look at a photo of an A-frame loft decked out in string lights and imagine themselves in the photo. Then, they can actually rent a cabin that reminds them of the photo.”

Valente reports having 20,091 unique visitors on her Instagram page last year. This year, she’s already clocked 20,781 at press time, with 550 new followers within the span of one month alone.

Next, the accessibility of renting cabins from sites like Airbnb and VRBO amid the pandemic. With most of the activities that we usually enjoy indoors became no longer an option in order to prevent the spread of COVID, the country explored the great outdoors instead.

“The COVID-19 pandemic accelerated the desire to be immersed in nature, as more people discovered its mental and physical benefits, spurring on the outdoor boom,” says Watkins. “As work-from-home policies became normalized, consumers looked for ways to offset the influx of time spent indoors and on-screen. Outdoor activities, such as hiking, camping, and cycling surged.”

According to the American Hiking Society, the United States saw a 200% increase in trail usage in 2020, while in the United Kingdom, the multi-sport retailer Sigma Sports reported 677% year-over-year rise for entry-level bike sales in April 2020, and according to NPD, sales of camping equipment grew 31%t in June 2020, reaching $605 million.

During the pandemic, nature began to become the best option to stay sane and isolated. With international travel out of the picture, natural and domestic getaways became more and more popular.

“[In 2020], no one wanted to stay in hotels where they’d be around people they didn’t know. At the same time, everyone was going stir crazy staying at home,” recalls Valente. “The alternative to hotel travel was to stay somewhere local and rent a cabin. You could drive there safely in your car, with limited exposure to other people. Then you and your family could remain secluded and unexposed in your own private oasis.”

While being isolated in a cabin in the middle of the woods during a global lockdown, comfort became key. Elasticated waists and oversized ‘fits soon took importance over looking good for others. Cabins became safe havens for processing world events and reaching peak relaxation during a crisis.

“When you mix visual social media platforms, vacation rental apps, and COVID-19, you get #cabincore,” says Valente. “Although cabin culture has been brewing for years, it’s never been more popular than it is now.”

NEXT UP
Fashion
The Mini Skirt Was The Must-Have Celebrity Fashion Item Of 2022
Culture
On The List (With Melissa Rich): Is The Party Venue Recession Upon Us?
Culture
Gucci’s Alessandro Michele Era Is Officially Over
Culture
Lindsay Lohan’s New Style Era Is Sweet Redemption