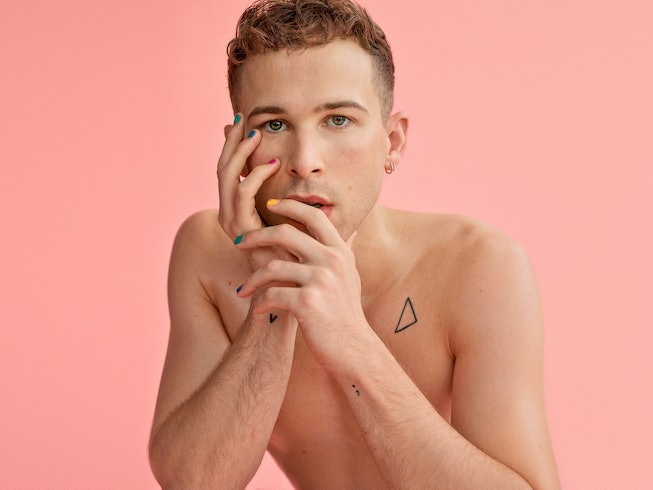 Pride parades may be canceled this year, but that doesn't mean Pride isn't being celebrated elsewhere. On Thursday, Calvin Klein released a new campaign for #PROUDINMYCALVINS, shot by Ryan McGinley and featuring nine campaign stars from the LGBTQ+ community and all over the world.

"The theme of the campaign is taking pride in everything that makes you unique. Using a cast and crew that spans the full LGBTQ+ spectrum, we wanted to make sure that the entire community feels represented, included and celebrated," said McGinley in an official statement.

Due to the ongoing pandemic, Calvin Klein has partnered with OutRight Action International on its COVID-19 LGBTIQ+ Global Emergency Fund, which is providing emergency financial resources to LGBTQ+ organizations around the world.

"My goal is always to create honest photos that connect to the viewer on a human level and show the subject's power and vulnerability as human beings," added McGinley. "This mix is perhaps my most core value as an artist."

Check out photos from the #PROUDINMYCALVINS campaign, below.