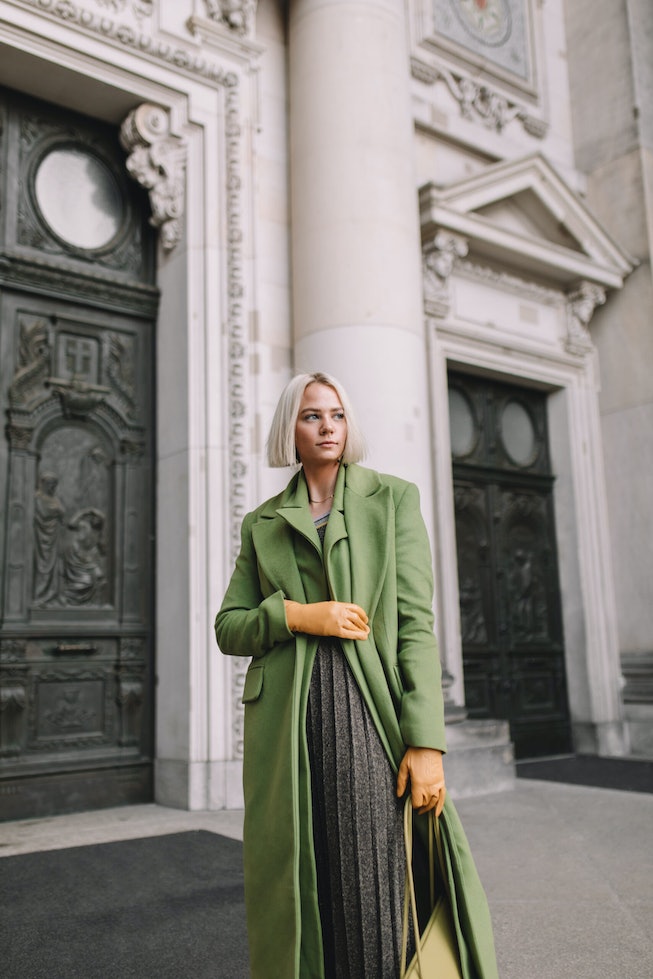 When Cassandra Dittmer started her own styling business in 2017, she realized that she wanted to put an emphasis on ethical fashion, which had always been on her mind since she started working in the industry assisting other stylists.

"In a topical way, I've always been into [sustainable fashion]," Dittmer tells NYLON. "Growing up I was into TOMS shoes and all of the brands that had some sort of sustainable component. When I went out on my own was when it came from something that I would like to do to the center of my business. It just really hit me like, 'I'm putting my name on this. It's something I want to be super proud of.' Being proud of my work just meant implementing those values."

While interest in sustainable fashion has been on the rise over the past couple years, building a business with those core values was still a complex challenge. Dittmer essentially had to start from scratch and build a new roster of relationships with brands that aligned with her company's ethos.

"Initially, just the showrooms and designers that I had relationships with through assisting over the years weren't necessarily in line with the values that I wanted to champion," she says. "Over the last couple of years I've really had to do a bit more research and build relationships with designers and brands that are ethical, sustainable, and hit these value points. A lot of times brands like that don't have the same press budget or resources that bigger brands have. So outside of needing to do the research to find them, you also are often working with not-big-brand resources."

Dittmer notes that she starts each partnership with a conversation with her clients, asking them what values they find most important, be it sustainable materials, women-led brands, or ethical workplaces. From there, she researches to find brands that have those same principles as their focal point.

"When you work with me, what do I want the conversation to be? What do I want the collaboration to be about? And really integrating values, which tend to be sustainable designers, or ethical brands, or female designers, and really finding out what's important to my clients," she says. "I got to that place when I went out on my own and I was finally putting my name on things."

In the middle of getting her new business off the ground, Dittmer received a call from a strange number out of Washington D.C. She almost didn't answer it. On the other end was a recruiting firm that gave her a vague description of a job: A family on the west coast is looking for an in-house stylist. Over the next six months, she flew to Chicago and Seattle for a series of interviews, trying to deduce which family she was applying to work for. Only after a few months of interviews did she learn it was Melinda Gates.

Dittmer took the job, working and traveling the world for her.

"I felt like working with her kind of put my money where my mouth is a little bit with what I prioritize. I work for someone who has these values and this is their impact on the world. Just being with someone where the stakes are that high, you do kind of level up to that mindset," says Dittmer.

It was an unusual styling job. She wasn't dressing a model in the hopes of having street style photos taken during Paris Fashion Week or an actress on a press tour. She was pulling clothes for one of the world's most powerful women, who was taking meetings with world leaders to advocate for education and women's reproductive rights.

Dittmer is now back in Los Angeles, hoping to eventually make a move to London to continue her styling business. As usual, she still has high hopes for the future of sustainability in fashion.

"I'm definitely encouraged by what I see in the industry. I do see a growing level of transparency with brands, and obviously customers and clients are craving that," she says. "On the other lens, the more you dig in, the more you find. You kind of have to choose your battles with what part of the process is important to you. Is it the manufacturing, is it ethics and making sure employees are paid? I think the more you know, the more you want to improve and want to be a part of that conversation."