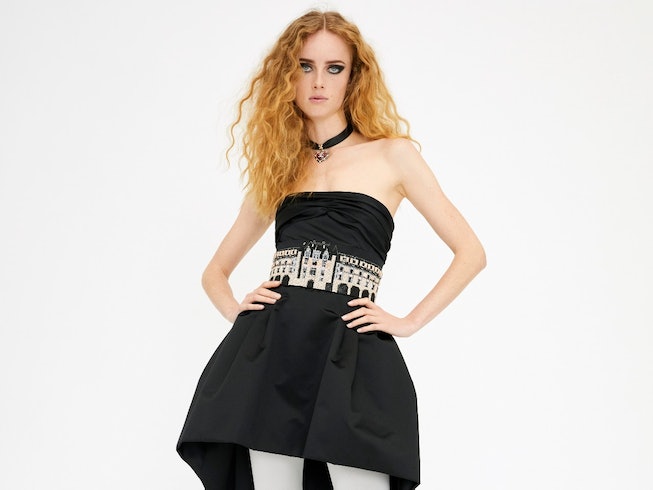 Right now Emily Cooper is quarantined with a hot chef in her Parisian studio apartment, taking extensive notes on the latest Chanel Métiers d'art show, which debuted online on Thursday. The "Le Château des Dames" runway show was filmed at the Château de Chenonceau (that's a fancy name for a very big castle) in Chenonceaux, a small village to the southwest of Paris.

Due to a second lockdown in France, the show did without its usual extensive guest list. Instead, a total of 300 cast and crew members were in attendance to film the spectacle on Tuesday, in addition to one exclusive A-list attendee: Chanel favorite Kristen Stewart. The actor will also star in the collection's upcoming campaign, the first Chanel campaign shot by photographer Juergen Teller.

The collection itself is classic Chanel with a gothic, mod twist. There are, of course, the staple tweed skirt suits alongside heeled riding boots and floral-embroidered blazers. The breakout style may be the rhinestone embroidery work, done by Montex, showing a sprawling castle on belts and handbags. If Emily Cooper had to pick one thing out of the collection for season two, that would be it.

Check out photos of the collection by Teller, below.