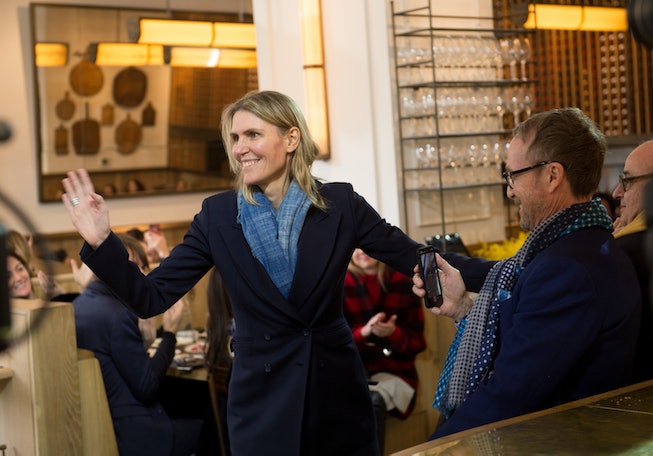 After announcing the departure of Natacha Ramsey-Levi as creative director on Thursday, Dec. 3, Chloé's newest creative director has been announced: Gabriela Hearst. The New York designer succeeds Ramsay-Levi, who stepped down after four years at the French fashion house.

Hearst, a self-taught designer, launched her first-ever label in 2004, a contemporary women's called Candela, and then founded her eponymous brand in 2015, which has garnered success for its focus on sustainable luxury fashion. So far, Hearst has received a Woolmark Prize for Womenswear in 2016 and a 2020 CFDA Fashion Award for American Womenswear Designer. In 2019, she joined Paris Fashion Week and launched menswear. In addition to her new role at Chloé, Hearst will continue to work as creative director for her namesake brand.

"I am grateful for an opportunity at such a beloved brand as Chloé. I am thankful to Natacha Ramsay-Levi and all the other extraordinary designers that have come before her and helped build on the purposeful vision of Gaby Aghion," shared Hearst in an official statement on Instagram on Monday. "I am excited for the opportunity to work under the leadership of Riccardo Bellini and support him in his commitment to create a business that is socially conscious and in balance with our environment. I am also humbled to be able to work with the Chloé team to help execute this beautiful vision in creative and accountable ways."

Upon the departure of Ramsay-Levi, Hearst was among the list of frontrunners for the new role at Chloé. In a previous interview with WWD from October, Hearst shared her thoughts on whether she would ever work for a luxury brand in addition to her own business, "Never say never, but I'm so in love with what we do here, and it has to be similar ideologies."

Hearst's new role is effective immediately and she will debut her first Chloé collection for Fall 2021 in March.