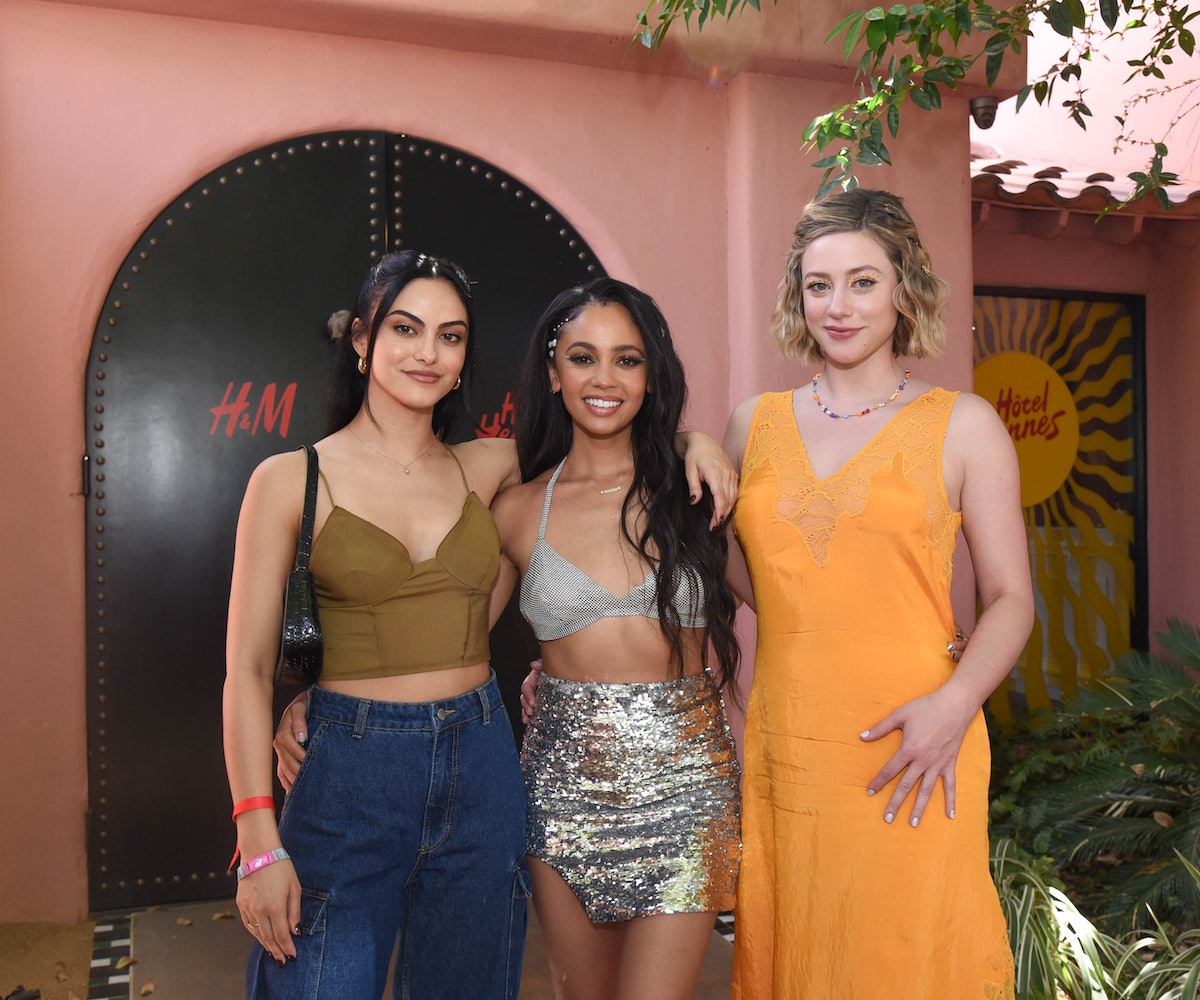 With Riverdale’s sixth season in full swing, stars Camila Mendes, Vanessa Morgan, and Lili Reinhart are taking advantage of their time off. The three spent the past weekend enjoying the return of Coachella together, as they stayed at H&M’s Hôtel Hennes with Benito Skinner, Zoey Deutch, Lexi Underwood, and more.

Mendes, Morgan, and Reinhart are no strangers to festival season. They’ve all been to Coachella before but this year was particularly special, not only for its highly-anticipated return after two years, but they all got to be together outside of the Riverdale set. “Spending time with my girls Vanessa and Cami has been a beautiful highlight of the weekend. It’s fun to be together outside of work and let loose,” Reinhart tells NYLON. “Also, it’s fun running into people at the festival — it’s crazy how in a sea of 100,000 people, you can bump into a lot of people you know.”

“This was the first big event since COVID that I have been to, so it was so nice to feel close to back to normal again and dance with my friends,” says Morgan. “It also was different because the very last day I brought [my son] River to Coachella for an hour to see Maggie Rogers and it was so fun to get to experience his first Coachella with him at just 14 months.”

Mendes also caught Rogers’ set on Sunday, who performed on the mainstage that afternoon. “[Maggie and I] been friends since college, so being able to experience this moment with her was really emotional and special,” she recalls.

Mendes has been attending Coachella since 2017, around the time when the hit CW show wrapped its first season. “I just love dancing and listening to really loud music, especially when it’s music by my favorite artists,” she says. “Since the festival had been on hold for two years, this year felt more energized than usual.”

When it comes to her go-to festival tips, Mendes sticks to the basics: “Drink lots of water and wear sunscreen!” Reinhart agrees, adding that she makes sure to start hydrating right when she wakes up to get through the day. “This year I’ve been going [to Coachella] later in the evening, too, so it’s not as hot and I’m not melting in the sun,” she notes. “I also decided to wear shoes that are more comfortable, which makes a world of difference.”

As for their getting-ready routine, Reinhart turned to Pinterest for inspiration for her festival makeup looks. “Anything that is sparkly goes,” adds Morgan. “That’s what I love about music festivals — you can wear jewels on your face, which you can't typically do going out, very Euphoria style. I was also lucky enough to have my hair and makeup team in Palm Springs with me and that definitely helped. I just had to sit in a chair and they made my Coachella looks come to life.

Ahead, Mendes, Morgan, and Reinhart share their weekend photo diary from Coachella 2022, including their stay at H&M’s Hôtel Hennes and checking out the festival during Weekend 1.