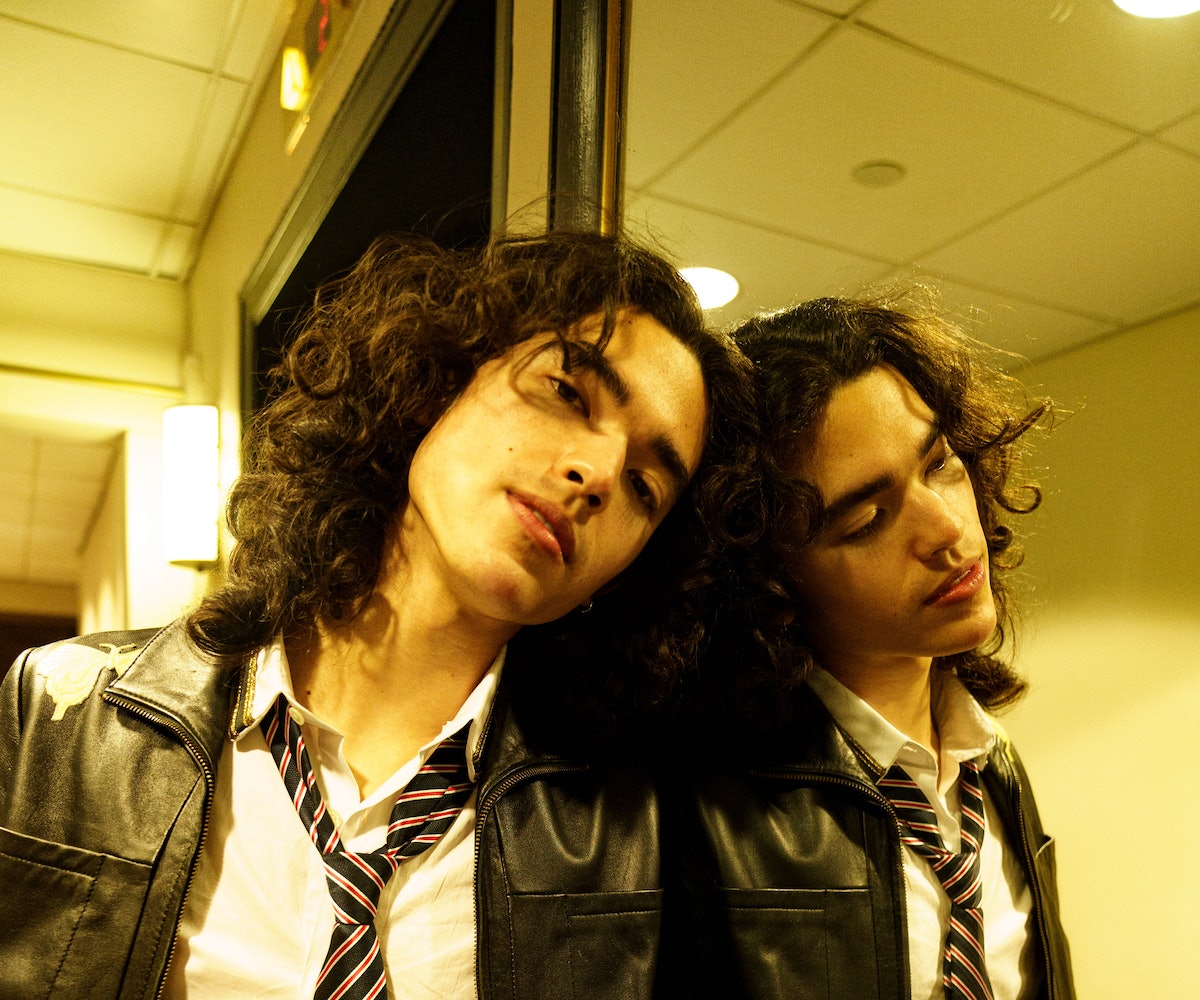 It’s Friday afternoon for Conan Gray, and I called just in time to catch him in bed before he has to prepare for his upcoming performance later that night. He’s living his best life — his words, not mine, though I absolutely agree — with a cup of coffee in hand.

Gray just wrapped up a show at Radio City Music Hall in New York City and overnight, has landed for his next one in Boston. This is his first stint of live performances since 2020 (and first-ever world tour ), and a lot has changed for the singer-songwriter in the past two years. “I don't think I realized how different it would be until I actually started touring again,” the 23-year-old reveals over the phone. “[Although] I saw things on the internet, I didn’t witness it in person at all. A lot of things changed for me very silently in my life because I was sitting at home writing songs and working away on new music.”

The “Heather” singer is very aware that he’s become a completely different person, but on stage, much of the old Conan Gray fans have grown to adore what still remains the same. Though he’s lounging in pajamas in the comfort of his hotel as we speak, with a crochet bandana from Target as the finishing touch, Gray tells NYLON that for New York and during the tour in general, he has a lot of vintage pieces on hand. But that comes as no surprise for OG fans, as he’s built his identity around thrifting since his early YouTube days.

Read on as Conan Gray spoke with NYLON about his 2022 world tour, his getting-ready routine, a deep dive into his outfits, and more, ahead.

You just started your first tour for 2022 in years, so congrats! I loved your concert when you were last here in NYC, but how are you feeling to be on tour again? Do you think the act of performing has changed drastically?

The difference between that first tour I did, that one that you were at, which is crazy to even think about, is that I don’t think I realized how different it would be until I actually started touring again. A couple of weeks ago from two years in the pandemic, I think so much changed during that time in between but I didn’t witness it at all. I would see things on the internet and be like, ‘Oh, that’s interesting,’ but my debut album came out the week that the pandemic started. And then [my song] ‘Heather’ became a massive change in my life, when so many people started to listen to it, it completely changed my life a year after the album came out.

And a lot of things changed, but very, very silently in my life because I was sitting at home writing songs and working away on new music. So to witness the fans and the change in front of my own eyes now is pretty mind-blowing. And I had a crazy realization when I was playing Radio City that put everything into perspective of how much has changed and how grateful I am to be able to be back on the road again, and how much I missed being able to play shows for people.

So the last time I saw you in concert, you had this adorable pink cowboy hat. With your IRL shows underway, what was the inspiration behind your outfits this time around?

For New York, in particular, I feel like I wanted to just really have a costume because it’s Radio City, you know? You don’t go like walking in in jeans and a T-shirt. I wanted to just lean into how much history lives in that building. So with the tour looks and especially for Radio City, everything that we took is just a lot of vintage pieces.

My stylist Katie Qian and I worked together to buy a bunch of really interesting vintage pieces and all the girls in my band, we have kind of all worked together and put a bunch of outfits together. For Radio City, I really wanted to kind of get that glittery [effect], lots of jewels and sequins and all those kinds of things that make a costume on-stage look really beautiful and interesting and glitzy. Radio City is such a huge, beautiful moment in my life, I just can’t believe that I got to play it. So I really wanted to have the most fun I could possibly have with it.

Honestly, it’s a lot of just vintage stuff, because I love vintage stuff. And I also think for this tour, I really wanted to give people the experience of Kid Krow in a way that I didn’t really get to give them because of the pandemic. But I also wanted to provide a bit of a transitionary period, as well, into the next album that we’re working on right now and to just say, like, ‘Oh, this is probably one of the last times I’ll be able to play some of these songs.’ I’m just really excited to be able to have the opportunity to play songs for people even if it took two years.

Do you have any getting-ready rituals that you do before your shows?

To be completely honest, getting ready is my ritual before the show. Obviously, I do normal things like warm-ups just to make sure I’m taking care of my voice because the hardest part about touring is maintaining stamina, but I really enjoy the process of getting all of my clothes on, getting into character, and meticulously put everything together because that’s how I become the person who can go on stage and sing songs for people. In my normal life, I am just so far from anyone who would ever sing at Radio City ever, like literally in pajamas right now wearing a crochet bandana that I purchased at Target and sweatpants and I’m drinking coffee. I have to learn to be on the stage, so putting on my clothes and this kind of costume is my way of becoming that person and I find it very fun and therapeutic. The more pieces I put on, the more I feel like I can do this.

It’s so amazing to see your success and growth since your OG YouTube days. What is the biggest change you notice about yourself recently, especially when it comes to your personal style?

Well, it’s weird because, in the pandemic, I’ve found myself reverting back to versions of myself that I feel I was more familiar with when I was a kid. I found myself reading books and painting a lot again. With Kid Krow, I was a teenager and I had a lot more angst and anger about my situation, but these days, I feel very much more like myself, and I think it has shown in fashion a lot.

I’ve found myself going back into my closet and wearing clothes that I haven’t worn since I was 17 or 18 that I really thought I would never wear again. I’m also a huge fan of being an outfit repeater. I think it’s so stupid when people are like, ‘We feel like you’ve worn that before,’ and I’m like, “Yeah, of course, I’ve worn it before because I bought it.’ But I think that’s the biggest change in the past two years since I’ve had so much time to reflect on who I am. It’s been really interesting to see my hair becoming curly again and my clothes slowly transitioning back into a lot of vintage clothing that first formed my identity around, which was thrifted clothes.

What song are you most excited to perform on tour?

My current favorite song to sing on tour is a song called ‘Jigsaw’ that just came out. It’s a moment of catharsis on the tour that I think we all really need. A lot of my music is very depressing and [singing ‘Jigsaw’] is a moment where we just get to scream and lose our minds. The past two years have left us with a lot of resentment and pent-up feelings, and when we sing that song, we get to let it all out and lose our minds.

It’s been a hard past few years and it’s a song about changing yourself in order to feel that you’re deserving of love. When I sing that song with everyone, it reminds me that there really is nothing that you need to do to be deserving of love. You don’t have to dress a certain way or act a certain way. It’s a reminder that you are perfect as you are and are perfectly worthy of love. It’s just a very wholesome, very fun, cathartic moment of the tour and every time that song starts, everyone just has so much fun.

Fans can definitely expect a lot of new music for sure. I think that’s the only thing I can really say right now, but there are a lot of things that are coming together and I’m so excited to be on tour right now with people and to share little glimpses of what’s to come.