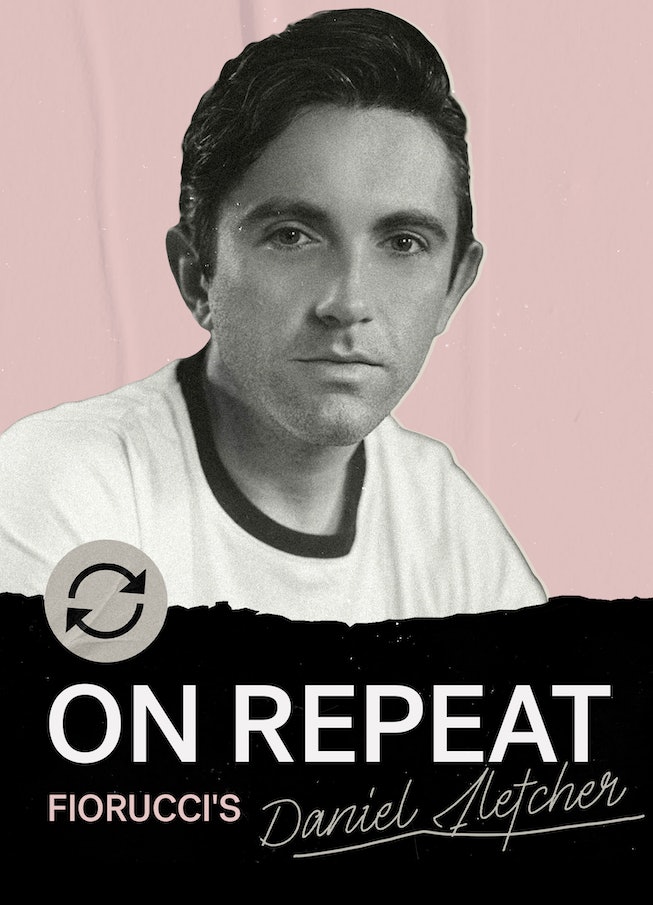 Though Fiorucci has been around for decades, the Italian fashion house has garnered attention in recent years for its angelcore-style prints and party-friendly apparel. British designer Daniel Fletcher, who took on the role of Artistic Director at the brand in 2019 after appearing on Netflix’s reality competition show Next In Fashion, is responsible for Fiorucci’s current comeback and his latest collection for Spring 2022 is taking over a pop-up space at the iconic Fred Segal in Los Angeles until April 30.

The new release drops just in time for festival season, as the Spring 2022 line features bright crochet knits, embroidered denim, and colorful basics. “This season the collection was inspired by the desert and the idea of losing yourself in a moment, which is why we shot the latest campaign out in Joshua Tree,” Fletcher tells NYLON. “I wanted to take a trip through Fiorucci’s hedonistic past with a collection inspired by its 1970s beginnings, which can be seen in the archive palm prints and sexier silhouettes reflecting the party spirit of the brand, but all still rooted in its connection to the earth.”

Ahead, Fletcher shares the songs that have inspired his work recently for NYLON’s latest edition of “On Repeat.”

“Well, anything Madonna, in fact! One of Madonna’s first-ever gigs was in the Fiorucci store in New York because her brother worked there and asked a favor of [founder and designer] Elio if his sister, who was trying to make it as a singer, could perform there. We still have the flyer in the archive and she’s listed at the bottom as ‘Madonna and Dancers.’”

“Running Up That Hill (A Deal With God)” - Kate Bush

“I just had my show during London Fashion Week and this was one of the songs on the runway.”

“I saw Charli at the Greek Theatre in L.A. the other week and she was brilliant! Her new album Crash is a smash!”

“The first band I ever saw live was the Stones with my dad when I was 11 and I have been listening to them ever since.”

“Fiorucci is the ultimate disco brand and this song instantly has me imagining Elio and his friends dancing all night at Studio 54 back in the early days of the brand.”

“There are not many brands who can claim to be name dropped in a ‘70s banger like this!”

“In honor of my teenage years and all those muddy British festivals I went to, this song always takes me back to what I can remember of those weekends.”

“Harry was the first person to ever buy my clothes. He bought all the shirts from my Central Saint Martins graduate collection in 2015, and I can’t wait to see his Coachella set this month!”

See more of Fiorucci’s Spring 2022 campaign, below, and shop the festival-ready collection online and in store at Fred Segal.