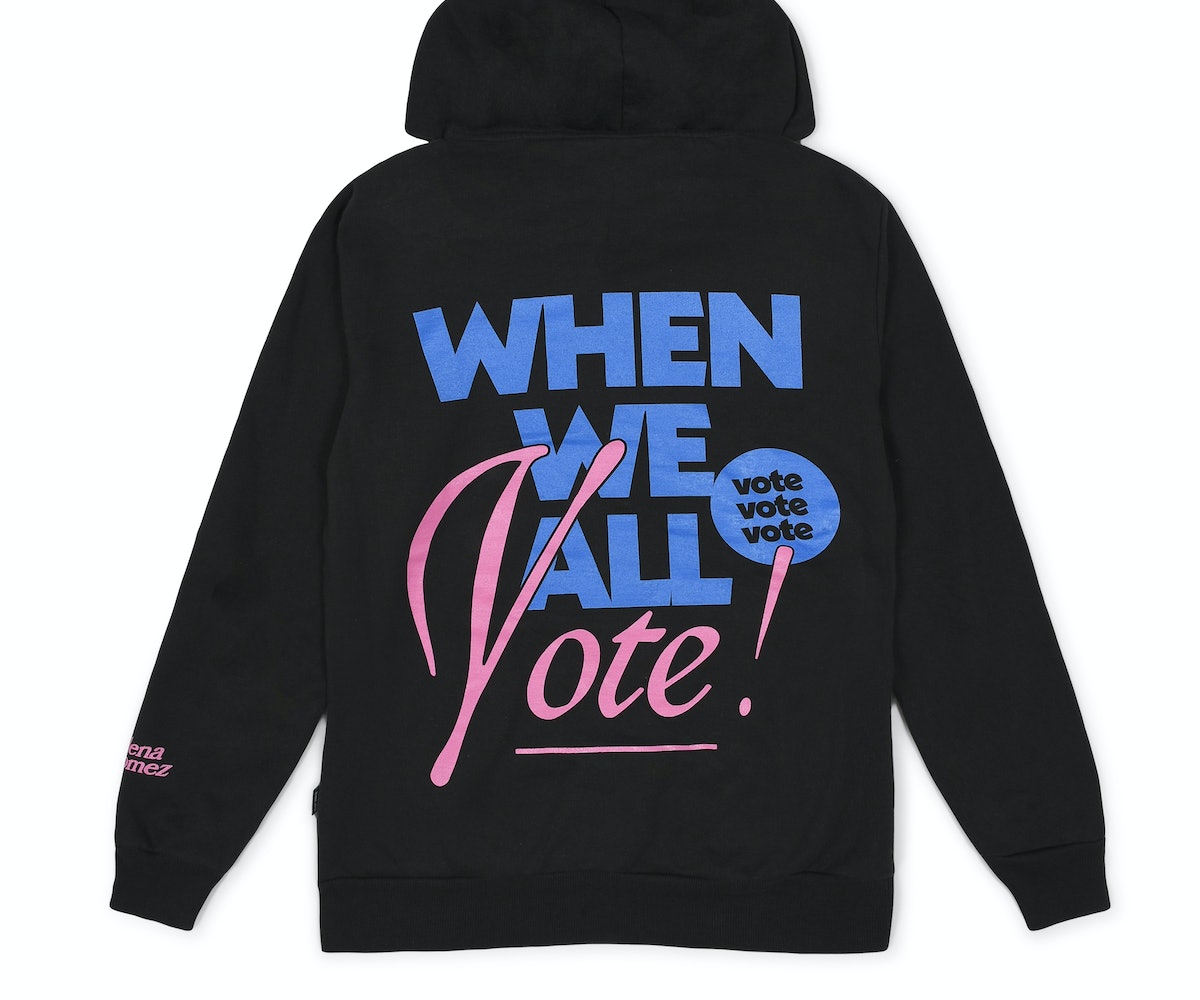 Dover Street Market is partnering with nonprofit When We All Vote on a slew of new voting-inspired merch. Selena Gomez and Marc Jacobs are among some of the celebrities who have designed items to be sold for the organization, which aims to increase participation in every election and close the race and age voting gap.

"It is a unique honor and source of great joy to be part of this project and so moving to see our community and friends rally so passionately around the deeply urgent matter of voting," said Dover Street Market International President Adrian Joffe in an official statement.

The 2020 Election has been top of mind within the fashion industry, as brands and businesses across the country are doing their part to help encourage voter participation on November 3. Retailers and brick-and-mortar stores are turning their locations into voter registration hubs, while nearly every designer has designed their type of "Vote" merch, especially following the success of Michelle Obama's famous "Vote" necklace by Black-owned brand ByChari, which the First Lady wore during her appearance at the Democratic National Convention. During New York Fashion Week, Tanya Taylor opted out of debuting a new collection and created a video promoting voter registration instead, which starred Hillary Clinton, Zosia Mamet, Sasheer Zameta, and more.

As for Dover Street Market, the indie-owned luxury and streetwear retailer tasked a total of 25 brands and artists, including Gomez, Jacobs, Hood By Air, Off-White, Cactus Plant Flea Market, Stüssy, Vaquera, and more to design their own voting pieces, which will be sold via Dover Street Market's website and at its New York and Los Angeles stores.

Take a look at some of our favorite items from the election-focused partnership, below, and head over to Dover Street Market's website to shop them for yourself on Saturday, Sept. 26.

Are you ready for Election Day? Start by registering to vote and making a plan for Nov. 3.