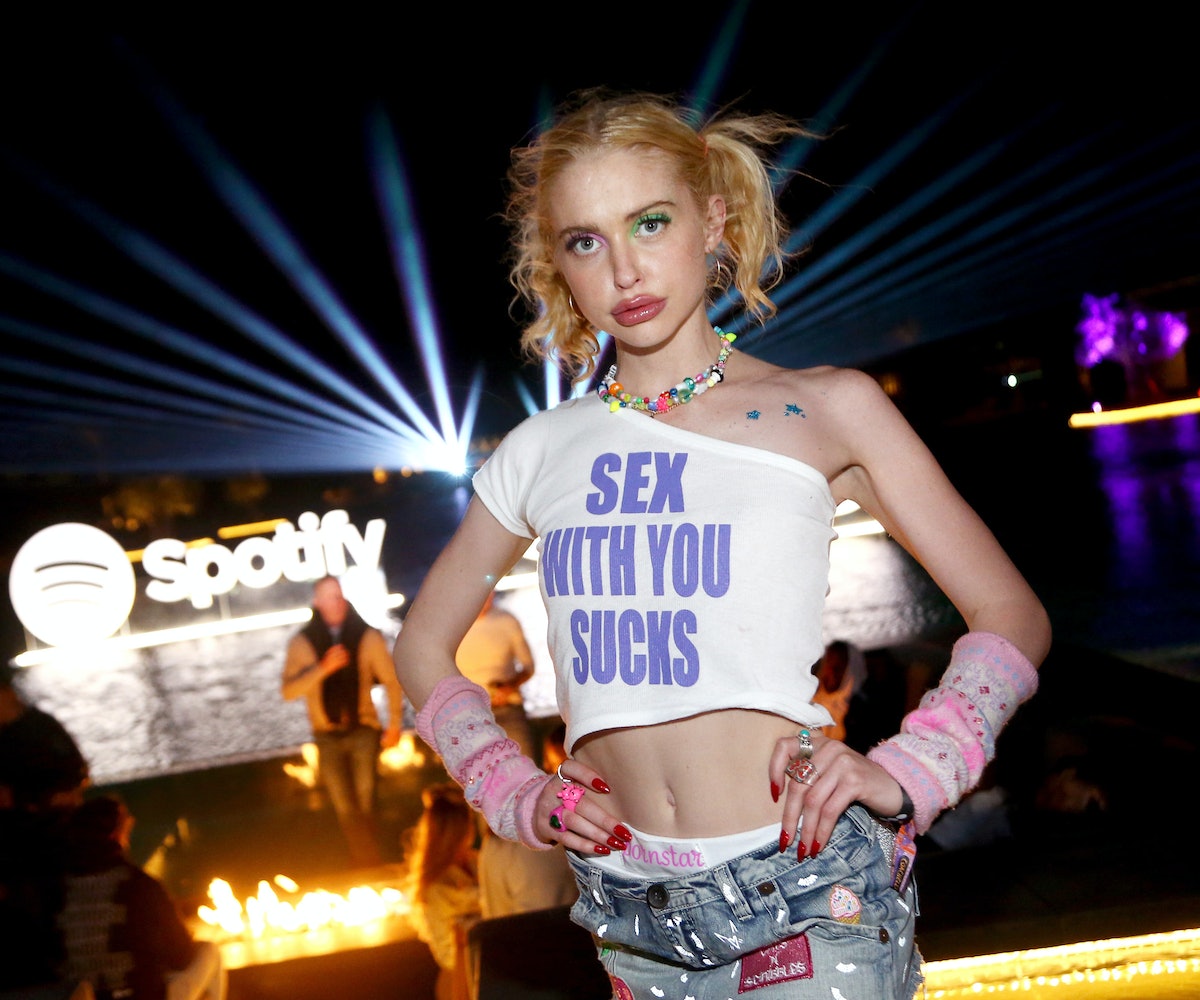 Since her breakout role on Euphoria as Faye, Chloe Cherry’s schedule has been nonstop, from her runway debut and sitting front row at fashion week to recently attending her first-ever Coachella.

“It’s a very popular event that I’m glad I got to see,” Cherry tells NYLON. “When I was younger I loved looking at the Coachella looks online, so I was most looking forward to seeing everyone’s outfits. They were all over the place. Some people looked like magical fairies and some people looked like they were going to the grocery store.”

As for Cherry’s own outfit inspiration for the weekend, she and her stylist Tabitha Sanchez channeled all things rave wear. “I wanted to feel like I was at a great party and wear my wildest pieces,” she says. “It was the time to wear every crazy outfit I wouldn’t normally wear in public. You really get a lot of fashion freedom at a festival. I shouldn’t have worn my J’s though.”

If you followed Cherry’s whereabouts from Coachella, the rising star and model was everywhere: staying the Hugo House in Palm Springs, hosting her own party with NTWRK and Galore Magazine, attending an after party thrown by Swedish House Mafia, and, of course, hanging out on the festival grounds to catch some of her favorite artists, including — and it’s a long one — Harry Styles, Joji, Kim Petras, Orville Peck, Isaiah Rashad, Steve Lacy, Thundercat, Cuco, Conan Gray, Brockhampton, 100 gecs, Baby Keem, Billie Eilish, Vince Staples, Still Woozy, and Olivia O’Brien.

“Some of my favorite moments from the weekend were taking pictures with fans, seeing a bunch of artists I like, riding the Ferris Wheel with two new friends I made, meeting up with my friends from L.A., and introducing them to new people,” recalls Cherry. “All the parties were so cool. The food and drinks at the after parties were insane. Even at the before parties! One party had a boat in a fountain! A real boat! I did go to one rave, too, and it was very naked and loud. Fantastic times!”

Ahead, Chloe Cherry shares a day-by-day photo diary with NYLON from her first-ever Coachella.

“Getting ready with my makeup artist @steffyslays.”
“Arriving at the party I hosted for NTWRK and Galore.”
“Riding the Ferris Wheel.”
“Arriving with my friends at the festival.”

“Day 3 with with Noen Eubanks — we are both with Anti-Agency!”
“At the festival dancing.”
“More of me dancing :)”Photos Courtesy of Chloe Cherry
NEXT UP
Culture
Caroline Polachek In KNWLS & More Party Photos You Missed
Fashion
The Best Celebrity Fit Pics From Paris Men’s Fashion Week
Culture
On The List (With Melissa Rich): How To Throw The Ultimate Apartment Party
Culture
Spice Girls May Reunite For King Charles’ Coronation
Style + Culture, delivered straight to your inbox.