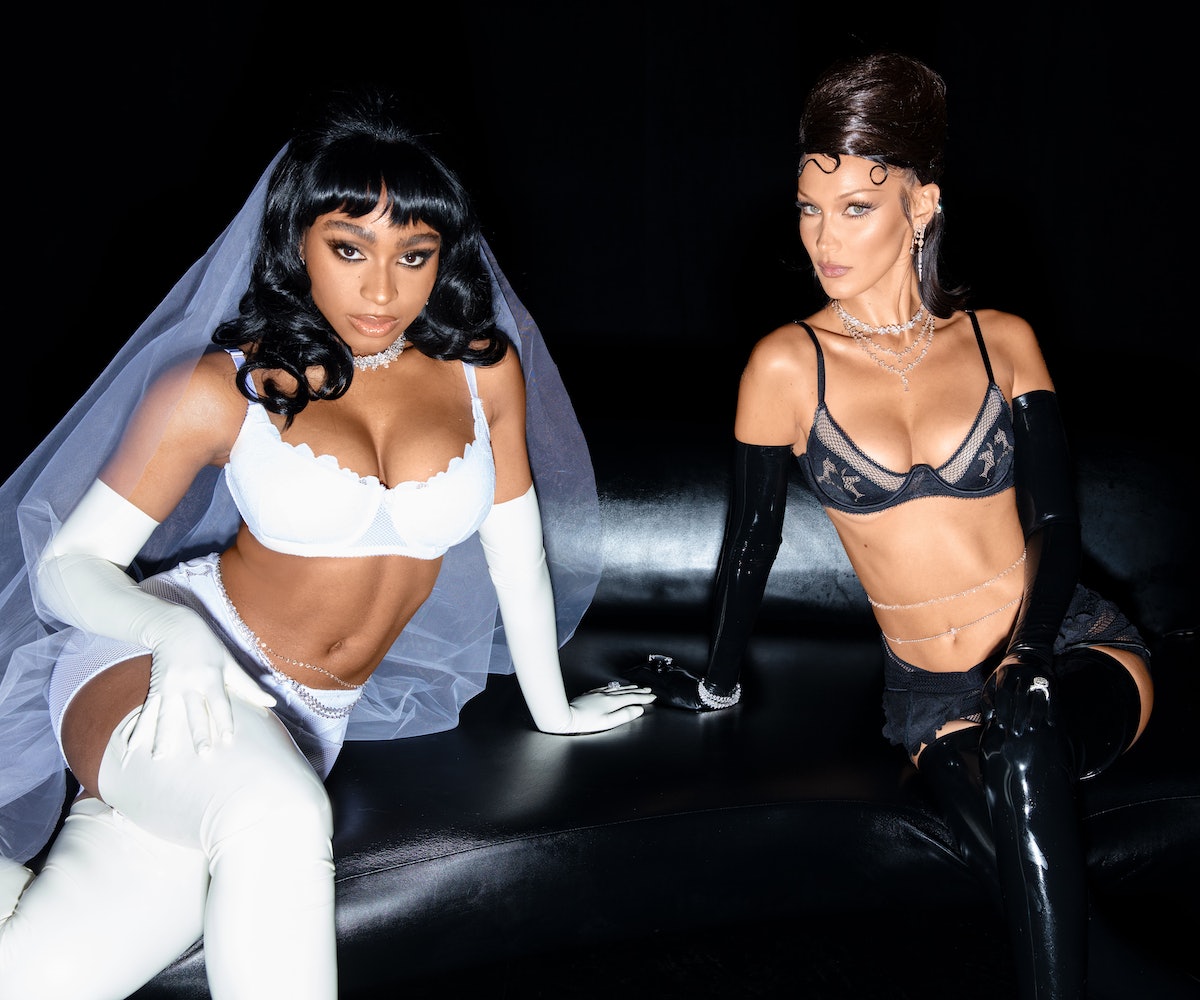 Happy Friday and Happy Savage Day. Rihanna is back on Amazon Prime with her Savage X Fenty Show Vol. 2, and for round two, the singer-turned-designer turned it up a notch with casting. Not only is inclusivity front and center throughout the entire lingerie extravaganza, but the star power is unmatched.

For starters, there were the musical performances. Rosalía, Ella Mai, Roddy Ricch, Bad Bunny, Miguel (alongside his wife Nazanin Mandi), and Travis Scott with Young Thug provided the soundtrack. Plus, there were cameos from Lizzo, who danced solo to D'Angelo's "Brown Sugar," Chika, Rico Nasty, Big Sean, and Normani (in an all-white bridal look). Christian Combs, who collaborated with Rihanna on Savage X Fenty's first-ever menswear collection, walked the show, too.

Then there were a few of our favorite celebrity models, like Cara Delevingne and Bella Hadid, as well as some delightfully unexpected appearances, including Willow Smith, Erika Jayne, Paris Hilton, and, yes, Demi Moore.

We don't want to spoil it all for you at once, so check out the list, below, to see every other celebrity we spotted at the Savage X Fenty Show Vol. 2.